‘di body is good’ but the brain needs time to readjust

It has been three days since the inaugural 6,500km bicycle ride from Casablanca, Morocco to Elmina Castle in Cape Coast, Ghana ended, and ‘di body fine’. In case you are wondering what I am talking about one of the seven countries through which we cycled is Sierra Leone and the most popular greeting in Sierra Leone is ‘aw di body’ or how’s the body. And every time I shouted it as I cycled through one village after another it never failed to get a smile and a warm response.

‘Di body’ is good but I am not so sure about the rest of me. ‘Di body’ has been working hard over the last two and a half months, producing immense amounts of endorphins, serotonin and dopamine, which as science tells us makes us feel good. At the same time the daily long distance cycling combined with the heat and humidity does wear us down so getting three days of rest definitely makes ‘di body good man’. 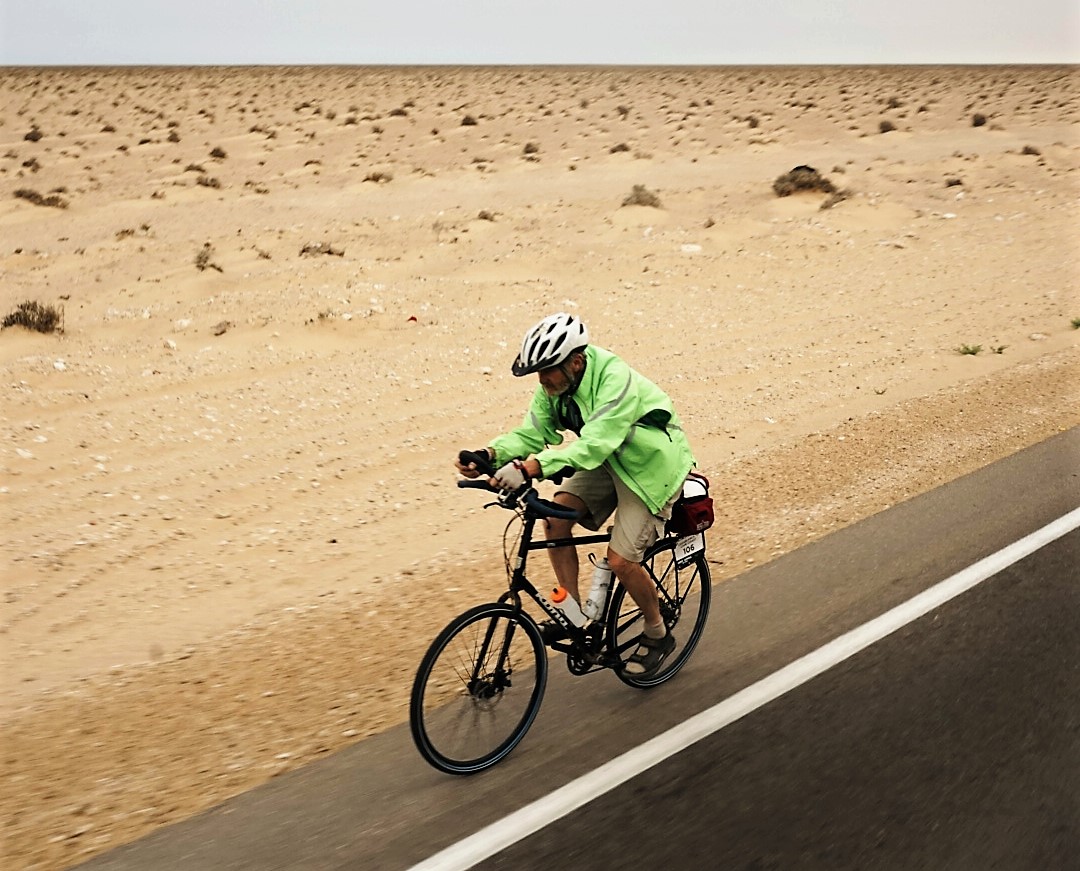 Back to the rest of me; over the years of running long distance bicycle tours we at the office have heard several times from participants that we do an excellent job of preparing individuals for the tour but apparently we do a poor job of preparing them for ‘after the tour’.

Those of you who have done our long cycling tours know what I am talking about. After cycling two, three, four or even five months living in a state similar to hunters/gatherers and thus reconnecting with our primordial brains – which in the old days these primordial brains simply worried about food, water, security and one’s immediate clan  – one reenters the modern world of Brexit, Putinisim, Trumpism, ISIS extremism, markets crashes, trade wars, advertising bombardment for a million useless products that one does not need. It is no wonder that once we get off the plane we start feeling perplexed, sad, abandoned and a myriad of other emotions.

At the same time, now that we are no longer putting in 100km or more of cycling per day, the brain has to deal with sudden drop of natural endorphins, dopamine and serotonin it got so used to. It is no wonder that our dear ones look at us with confusion and are wondering what happened to us. Worse we ourselves are wondering what is happening to us. We spent three months with all our senses being stimulated – whether we wanted it or not – by the new surrounding we faced each day as we moved from one place to another, consciously or unconsciously taking it all in. Now we are back to the same old grind; immoral politicians, lying advertisers, never ending social media and misinformation.

I do not have an answer; ‘di body is good’ but the brain needs time to readjust. The brain spent a lot of time absorbing new places, new cultures, new friends, new surroundings and it now needs time to process it. It will take time but in the long run it will do what is necessary for us to reenter our normal lives whatever that may be. In the meantime whenever you feel confused or in danger of imminent vertigo, look around you and simply ask the people near to you ‘aw di body’. They will look puzzled, wonder what you said, and ask you to repeat it. You can then smile, that Zen-like smile and repeat ‘aw di body’ and you will right away feel much better.

AW DI BODY???? Henry, I so agree with all you describe here and still wish I could have partaken in the tour “West Africa en Velo”. After I returned home from the “Bamboo Road” 2013 in the first two weeks alone in my condo I wept a number of times because I soooo missed my travel companions with whom I shared the journey for three months. Still enjoying the many friendships that started there.
Hope I can partake in future tours.
Best wishes to all who make these tours possible for and adventurous 2019 and beyond!!!!