Each day, discover a new land and a new brew, all while enjoying some of the best cycle paths in the world

Have done 3 rides with TDA Trans Europa 2012, South American 2015 and NZ section of Trans Oceania in 2016 and m doing the Odyssey from Bosnia to Amsterdam in 2017. I look forward to catching up with riders from previous rides and meeting new ones on the Pub Ride plus catching up with old friends on the NA

Early 50's retired commodity trader. Father of 4 adventurous sons. Biking is an extension of my personality. I love to travel (best on bike), experience art , garden and engage with the local citizens where ever I may be. I spent 2 years in the Peace Corps in Belize in the late 80's where bicycling was my means of transportation and from that point biking has been important part of my lifestyle. I have done week long rides but have not had the time for extended rides until now. I'm really excited for this ride!!!!!!!!

Married to Judy. Both rode LEJOG in 2014, TDA Bamboo Road in 2015, the first third of TDA Trans-Europa in 2016, the TDA Odyssey in 2017 and the TDA Pub Ride in 2018. I think of myself as a a travel cyclist rather than as a 'real cyclist'. I am slow uphills, but excellent at finding coffee stops. I am an actuary and still work part-time. My main hobbies are recreational maths and writing, with my tenth book to be published in July 2019 ('The Strange and Infinite World of Numbers'). We live near Wellington, New Zealand.

Married to Tim Sole, who is also on the tour. This will be my fifth TDA trip having previously done the Bamboo Road, part of the Transeuropa, the Odyssey and the Pub Ride. Greatly enjoyed cycling LEJOG (Lands End to John O' Groats) and the South Island of New Zealand.

My Husband Anthony (Tony) and I, are from Hobart in Tasmania...we went on our first TDA tour in 2014 from Lima to Cuzco our second one was NZ from Auckland to Queenstown 2015, last year we did our first full tour the Pub Ride. We are looking forward to our first Italian visit and our second full tour!

54yrs old small business owner building concreting landscaping. Enjoy adventure activities, have walked everest base camp and kilimanjaro successfully. Been a keen cyclist for several years, in 2015 Michele and did our first TDA trip from Lima to Cusco. Last year we completed Auckland to Queenstown and now looking forward to the Pub ride.

I live in Alberta, Canada with my husband, Gordon. I am happiest outdoors hiking, biking, skiing or kayaking. I love travel and believe there is no better way to experience another place than on foot or on a bike. Completed the Pub Ride in 2018 and loved it. Looking forward to another TDA adventure.

I am a veterinarian who loves adventure. I have always wanted to go on an extended bike ride and this tour seemed to fit the bill. I have ridden RAGBRAI and completed numerous long distance cycling events. I love to hike- trekking to the summit of Kilimanjaro and in Nepal. I love eco travel and have used my profession to enable me to work around the world. I have three adult children who encourage me to explore,travel and in the words of Captain Kirk of the USS Enterprise- "To boldly go where "I " have never been before". First TDA tour was the Pub Ride and it was fabulous. Now I am hooked on cycle touring!

Completed the Pub Ride in 2018. Enjoy cycling and looking forward to experiencing Korea and Japan and meeting new TDA friends.

I am 69 years old and a retired ATM repairman. My wife Sue and I have been married for 47 years and love to ride our tandem. We rode across the US in 2007, just the two of us.

Retired. Like to tour by bicycle. Have tandemed coast to coast in US & recently Iowa to Montana. Enjoy fiber arts (spinning, weaving, clothing construction/alterations). Like various architectural structures as related to local customs & lifestyles. Have toured/visited Scotland, Australia, Mexico & Tanzania.

Canada
Maybe some year ... I send out

I love to travel, and bicycle touring is my preferred way to see the world. This will be my first tour as a 'sectional rider'. I’ve enjoyed 4 full TDA tours: Indian Adventure, Ruta Maya, Pub Ride, West Africa en Vélo. I am looking forward to re-visiting Budapest and experiencing Romania, Bulgaria and Istanbul for the first time. I have travelled lots, but my list of places to visit never gets any shorter. I became a teacher, mainly because of the holidays, and I am now semi-retired, doing occasional teaching in between travels. Looking forward to renewing old friendships and making new ones.

This is my seventh tour with TdA. The first one was 2010 in the Eastern European countries which got me hooked to this kind of travelling. Now, I am curious to explore Korea and Japan from the saddle of my bike. So looking forward to meet old and new riders.

I am two time Ironman finisher, avid mountain biker and backpacker. I just finished the South American Epic this past year. I'm excited for this next adventure and have been training hard with a few IPA's post ride to recover properly

I have a hard time saying no to ridiculously long adventures.

I'm a retired Forester and who enjoys getting outside and being active. I'm not a speedy cyclist but do try to finish the day. What better way to see a new country than from a cycle seat. This will be my second tour with TDA.

Retired from engineering in 2015 and have been doing cycling and hiking trips since, including Newfoundland, Ruta Maya, Australia, Pub Ride, West Africa and Great Divide. Cycling trips with camping are my favorite times.

Hi, My name is Gergo [Grrr-go], I'm from Budapest, Hungary. Graduated in Visual Communications (photography and graphic design) After more than a decade of annual and occasional bike touring with my family and friends in the late 80's and 90's, a few seasons of mountain bike racing, and quite few years of just sitting in an office, in 2005 I've read a magazine article about the Tour of Freaks... I mean... the Tour d'Afrique, it made me wonder if it is even doable? Next January I found myself in Cairo at the start line of the 4th edition of TDA, and completed the full tour successfully. Since then, I did a couple of Orient Express tours, Amber Route, Trans Europa, Odyssey and PubRide. In 2007 I also crossed the Himalaya by bike, riding from Lhasa to Kathmandu including a ride to Mount Everest North face base camp where this photograph was taken.

I like to do bicycle tours, This is the 5 time i have been on a TDA global cycling tour

I'm an active cyclist, always seeking new adventures and, having thoroughly enjoyed the 2018 Pub Ride, now look forward to the 2019 Orient Express tour. Let's ride - 'eat, drink and be merry' - all the way to Istanbul!

Hi I'm really looking forward to the trip. I'm English born but have spent most of my life in Australia. Cycling is a big part of my life I'm on the road or MTB everyday - sometimes twice a day. I'm committed to drinking coffee and sharing post ride beer! Riding is great but it's the social side and comraderie that makes it worthwhile. I've spent time in the Alps and Pyrenees, and done some riding in Vietnam from South to North. Looking forward to combining my love of travel, the outdoors and cycling with like minded people

An active rider but never a long tour such as London to Copenhagen. Retired from a life in IT but still keep busy with directorships. Really looking forward to the ride - the scenery, adventure and laughter. My training is advanced on the Pub piece, Abbeys not so much and I am working hard on the riding!

I’m an ex seafarer, retired now for 8 years, fortunate enough to have been able to get away on a bike tour with TdA every year since 2011, until 2020 that was! With COVID not sure when but registered to do the new finish to the Trans Europa in Gibraltar, the lap around Tasmania on the Trans Oceania and the Silk Route. I look forward to catching up with friends from past rides and meeting new ones and sharing these great adventures with a beer, or two.

Hello, I'm a retired oceanographer and I've taken up cycle touring as a replacement for running and backpacking, which I'm no longer able to do. My wife and I have done several previous trips with TDA (Orient Express, TransOceania 2014, the South American Epic, and Tour d'Afrique, among others) and we're looking forward to another interesting and challenging experience this year in Australia and New Zealand. Looking forward to meeting all the riders and seeing old friends.

I am from Red Deer Alberta . This will be my 5th cycling adventure with TDA. I have previously rode the North American Epic, Orient Express , Amber Route & Bamboo Road. Looking forward to meeting up with old friends and meeting new fellow bikers.

Have enjoyed many TDA trips and hope to do many many more.

Recently retired accountant who really enjoys cycling and drinking beer so this trip is perfect. We have completed a number of 1 week 60 to 70 km per day rides so looking forward to the challenge. as well as the fun and fellowship.

I am a recently retired teacher who is involved in a lot of different activities, mostly involving music. Obviously, I also enjoy long distance cycling and am looking forward to the places and pubs along the way!

“TDA allows you to really experience the cultures of other countries. I love especially going places where tourists don’t go along with the usual tourist sites. You meet people that become friends for life. Awesome!”

“If you can’t decide to spend your next holiday cycling across gorgeous countryside or sampling delicious beers, a new five-week cycling pub crawl tour will let you do both, spanning five weeks and 1600 miles from Dublin, Ireland to Copenhagen, Denmark”


Could you handle a five-week cycling pub crawl from Dublin to Copenhagen?

Prices based on double occupancy at majority of the hotels. Solo riders will be paired with another rider of the same gender at no additional charge. A registration fee of US$150 must first be paid to hold your place on the tour. This fee is in addition to the entry fee listed above and is non-refundable and non-transferable. Full tour entry fees will receive an early payment discount of €TBA if full payment is received 6 months before the start of the tour. Returning riders get special alumni discounts. Please contact our office for further details. Full tour and section dates listed are for first and last day of cycling. Accommodation the night before first cycling day and the night of last cycling day are included in entry fee. We advise booking at least 1 additional night at tour accommodation before the tour, to be able to attend rider briefing and have assistance from tour bike mechanic in setting up your bike. 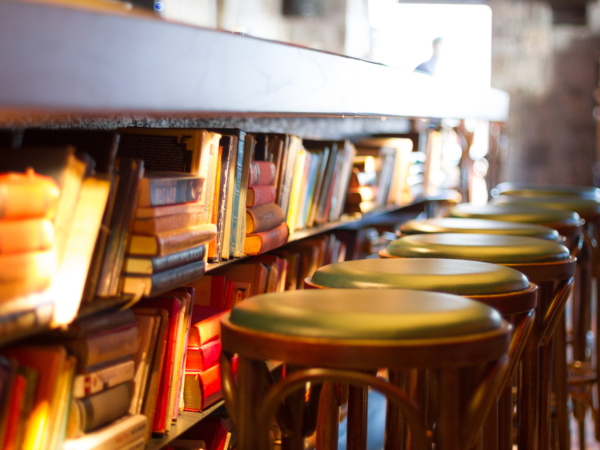 The Pub Ride: A Literary Journey

At the end of a beautiful day on the Pub Ride Cycling Tour, the cyclists can head to one… 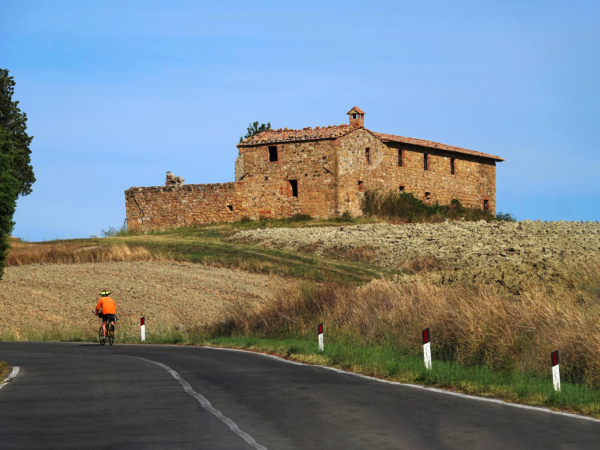 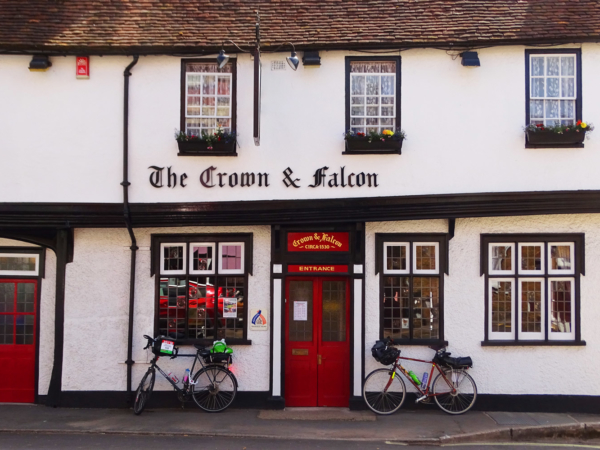