A two-wheeled journey through Vietnam, Laos and China in search of the legendary Tibetan Kingdom

Hi. My name is Maureen, and I am passionate about bicycle touring and anything to do with bicycles. The Cross Canada tour has been on my "bucket list" for many years, and I was planning to do it in 2017, so to be able to do it as a special event to celebrate Canada's 150th birthday, is a bonus. Starting in Haida Gwaii, and circumnavigating the Gaspe Coast, where I grew up, is awesome. I have cycled the Orient Express trip with TDA, and have participated in, or led many bike tours through Canada, the States, France, Italy, New Zealand, and Australia - both supported and self-support, but this will be my dream come true! I'm looking forward to meeting my fellow adventurers on this epic journey!

A retired guy from Washington DC who really enjoys biking and meeting new people on these TDA trips.

I am a keen cyclist who particularly likes endurance riding. Having previously lived in Malaysia in the 70s and having done a little humanitarian work in Laos, I’m looking forward to experiencing Asia again from a different perspective. It will be a lot hotter than France & Italy and I expect the hills will be just as hard.

From Doomsday to Shangri-La .... I keep telling everyone around me that it is a “once in a lifetime experience” (but then the next adventure awaits)... once ... and even twice, may never be enough. Looking forward to rendezvous with TDA family, long slow days with less this time... just the right amount and mix of rebound, tread, saddle-width and gears.

back on the road again, after africa,china italy,new zealand, west africa is the next one . see you in casablanca ,without the tandem this time !!

My name is Michiel. I'm from cycling country Holland and 57 years old and I have travelled with TdA Africa, Silk route, Central America, India and Brazil. It will be exciting to explore this part of the world by bike. I am looking forward to overcome all challenges together with you: fellow riders and staff. And just love riding against the wind...

It's time to explore some more of the world on my bike.

“The support from TDA staff is phenomenal. I enjoyed it very much and will definitely do another TDA tour.”

OVERVIEW THE ROAD TO SHANGRI-LA 2022

Prices based on double occupancy at majority of the hotels. Solo riders will be paired with another rider of the same gender at no additional charge. A registration fee of US$150 must first be paid to hold your place on the tour and is in addition to the entry fee listed above. This fee is non-refundable, but may be transferred once, to another tour of your choosing, 90 days or more before the start date of the original tour you have registered for. Full tour entry fees will receive an early payment discount of US$TBA if full payment is received 6 months before the start of the tour. Those coming for multiple sections get 10% off for 2 or more sections on the same tour (multiple section discount does not apply to full tour price).

TDA alumni get special alumni discounts. Please contact our office for further details. Full tour and section dates listed are for first and last day of cycling. Accommodation the night before first cycling day and the night of last cycling day are included in entry fee. We advise booking at least 1 additional night at tour accommodation before the tour, to be able to attend rider briefing and have assistance from tour bike mechanic in setting up your bike. 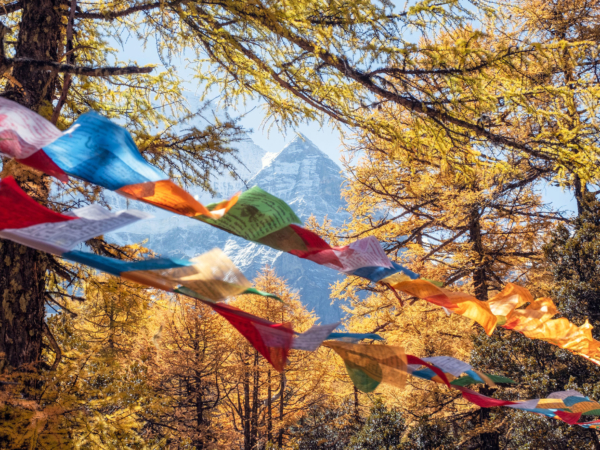 The Road To Shangri-La: A Cycling Quest For The Fabled Tibetan Kingdom

Each year, the team here at TDA Global Cycling introduces at least one new unique and exciting cycling adventure. In…

IFATY
TO NOSY BE