We are in Veliko Tarnovo, Bulgaria

Looking Back (and starting to look forward)

We are in Veliko Tarnovo after a beautiful but tough cycle from Ruse along mostly quiet roads yesterday. Fields of dried up sunflowers were hanging limp, while fruit trees in the villages were dotted with fat and juicy-looking plums, peaches, and apples. We cycled along a series of secondary roads and followed the Cyrillic-only signs matching our route notes. The temperatures were a touch above 30 degrees after weeks of roasting in temperatures sometimes reaching 40 degrees. 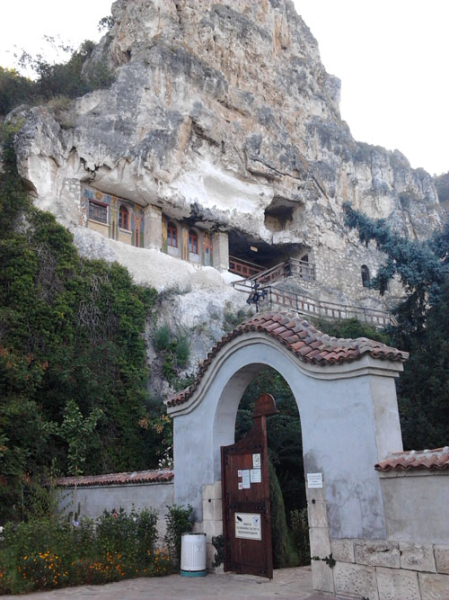 Along the way some riders took detours at Basarbovo and Ivanovo to visit the rock monasteries – Ivanovo being listed as a UNESCO World Heritage site. After a yummy lunch at the top of a hill we cruised downhill much of the way thru Lozen and then Draganovo. But the final 10 km of the day’s ride proved to be the toughest with some steep climbs to Veliko Tarnovo – a town perched on the cliffs high above the Yantra River. The town has a history dating back 5000 years, was the former capital of Bulgaria and once voted the most beautiful city in the country.

Romania and into Bucharest

Last week, we did our epic ride up the Transfagarasan Highway that crosses the Carpathian mountain range. On that big day we climbed for over 30 km to the top of the pass. Like the tail of a whip, the road lashes back and forth across the hillside. In cartoon-like curves drawn over the landscape, they seemed ridiculous in their contrast to the organic shapes of rocks and shrubs that mark the landscape. It is a surprisingly gentle grade that brings you up 1600m over those 30 km. You arrive and are thrust into a chaotic scene – cars jamming up the narrow road at the top, vendors selling souvenirs, mountain cheeses and cured meats to the tourists. It was a sunny Sunday afternoon in August and regional tourists came up away from the heat of the cities below. We turned left away from the crowds and into Balea Lake Chalet – a beautiful spot set on a tiny glacial lake with great views of the climb we just completed. 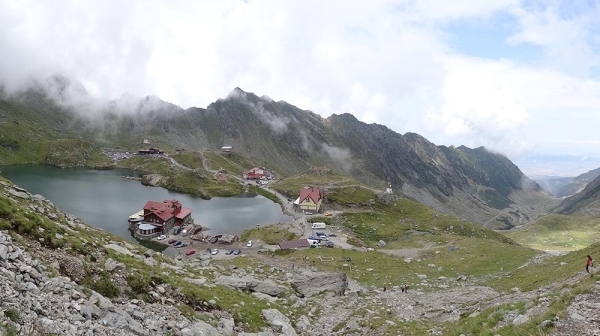 The next morning was brisk as we woke to cool mountain air. Riders had to layer up before setting off downhill on the south side, past the ruins of Vlad’s castle thru more dramatic well engineered curves amidst gorgeous mountain vistas and down into Curtea de Arges. Some of the riders climbed the 1500 steps to the site of Vlad’s castle ruins which were next to our roadside lunch stop. After reaching Curtea de Arges it was only a few more cycling days before reaching the capital city, Bucharest. In previous years we had tried a variety of roads to bring us to the city’s edge, but they were all busy with little or no shoulder to cycle on – not much fun. So we scouted a new route that had next to no traffic – partly because of some rough roads, neglected villages, more complicated navigation, and a rickety bridge. For our purposes it was a much better, safer way to approach the big city and to my relief it was a hit with the riders. 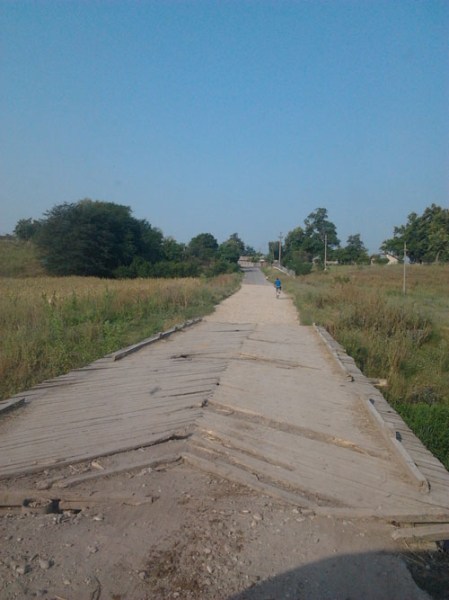 We are now into our last week of this seven week journey, and there will be no cruising to the finish line for this group. Our new route through Bulgaria has already proven to be quite challenging, and looking at the week ahead, there is more of the same in store – hills, hills, hills. Our first day in Turkey will be much of the same as we climb to our final resting day in Vize. The cyclists may be feeling the accumulated kilometers in their legs, but they are upbeat, resilient, and ready for the new experiences and new challenges that lay ahead.

2 Comments for "We are in Veliko Tarnovo, Bulgaria"

Hi Shanny, well I’m in Veliko Tarnov at the Hotel Alegro for 2 nights as I’ve been doing a self supported tour from Estonia down to Istanbul (but riding through southern Turkey first) and flying home to US Oct 15. The girl at the desk gave me your room at the hotel. Ha! I know what you meant about the final 10K into Veliko Tarnov. Carrying about 60lbs of gear on the back of the bike, I had to walk the final mile up that mountain after leaving Gorna, because I was trying to ride it and holding up a lot of traffic. I could walk the bike faster than I was riding. I’m leaving here Sat morning on the bike for Stara Zagora and then on down to Hamnli and the night at Lyubmets. Trying to find a secondary route to ride from Stara Zagora but can’t find anything on Google maps.

Wish I could stick around to see you guys come in, but I have to move on. It was funny how I found out you guys were coming. The girl at the desk when I checked in asked if I were riding the Orient Express and I asked her what that was. She told me Paris to Istanbul and then it hit me, and I asked her if the company doing the trip was TdA and she said yes. Then she told me you were Tour Director.

Have a good trip!

Thanks Len. We finished on Sunday in Istanbul. What a trip its been! Glad to hear you stumbled upon our route and our hotel in Veliko Tarnovo – have a great time on your journey also. Enjoy the hills in Bulgaria and Turkey.

Wishing you tailwinds from sunny Istanbul

Leave a Comment for "We are in Veliko Tarnovo, Bulgaria" Cancel reply