Cycling across the famous Bolivian salt flat of Uyuni has become a right of passage for any two-wheeled traveler traversing South America. For us, it is a section of the trip we’ve all been looking forward to. At 10,582 square kilometers, it is the largest salt flat in the world and looks like the surface of the moon. 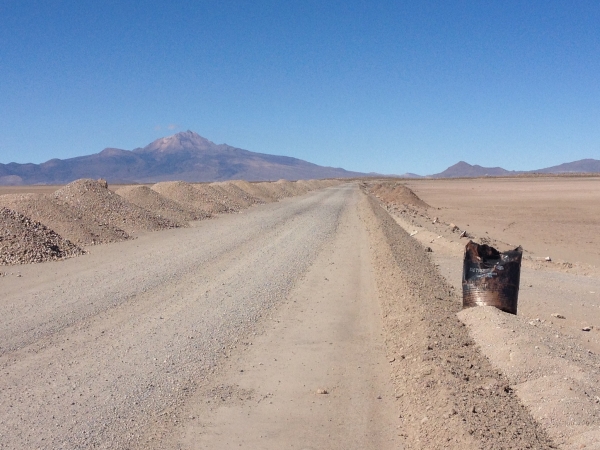 Before making it this far south, however, we had to cross the altiplano, which despite being challenging (high winds and intense UV sun during the day combined with frigid cold nights), was also surprisingly beautiful. Long, straight roads were flanked by mountains, making for some incredible sunsets and gorgeous bush camps. 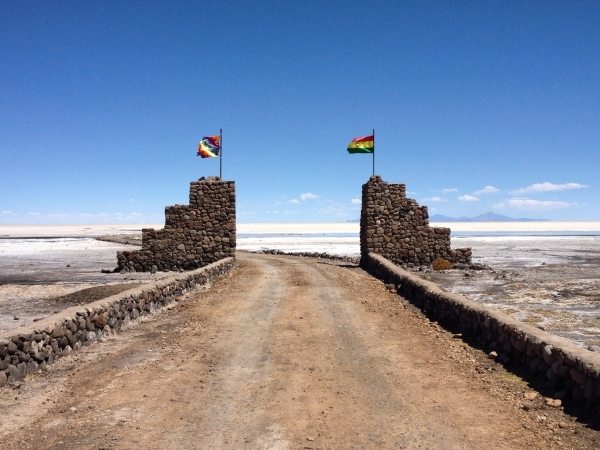 After making our way through some small, reserved towns we finally found ourselves at the entrance of the Salar de Uyuni. Vast and snow-white, it explodes into a wide open sea of salt for as far as the eye can see, making for a surreal surface to ride a bike on. Our first campsite was on the “shore” in the town of Coquenza, at the base of the Tunupa Volcano. Aymara legend has it that Tunupa (seen as a living person) married nearby Kusku, who eventually ran away with Kusina. Grieving Tunupa started to cry while breast-feeding her son, her tears mixing with the milk and spilling out onto the dried up lake to form the salt flat. To make things even more bizarre, a flock of Andean flamingos landed just beyond the group’s tents to feed on the unique algae formation. Yeah, as in pink exotic flamingos. 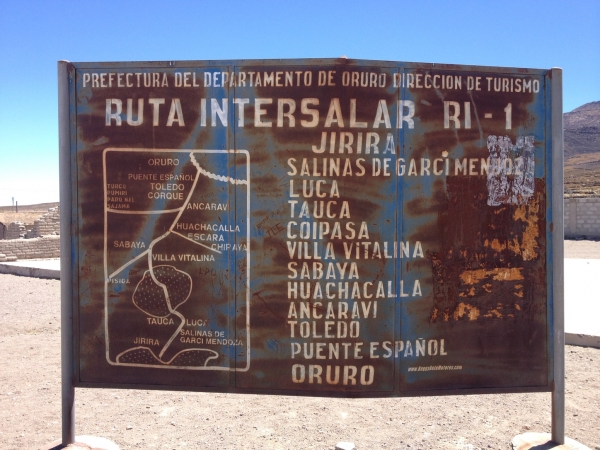 The next day was a short stage to the equally bizarre “island” of Incahuasi where giant cacti cover the land. Apparently intrigued by the landscape, Eduardo moved here in the 80’s and is recognized as the first inhabitant. Once he found out that we were a group of cyclists, he lit up with excitement: “I LOVE cycling. In fact, when I first moved here, I had to ride across the salt flats every couple days to fetch water. I’ve been welcoming people on bikes here ever since.” He proudly showed us his scrap book full of entries from people all over the world who had cycled to the island. 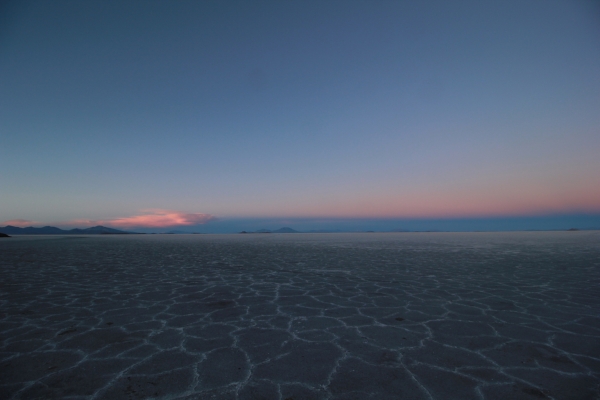 Eduardo, among countless other Bolivians, is hopeful that the brine liquid found just under the surface layer of salt will be the key to stimulating a stagnant and poor economy. It contains a valuable element that has emerged as one of the most important ingredients of the global electronics market: lithium. Anywhere from 50-70% of the world’s lithium reserves lie just a couple inches beneath the surface here, a veritable gold mine for a country desperately in need of some foreign investment. But as current president Evo Morales struggles to find a balance between a seemingly incapable national extraction industry and privatization, Bolivia’s future remains unclear. 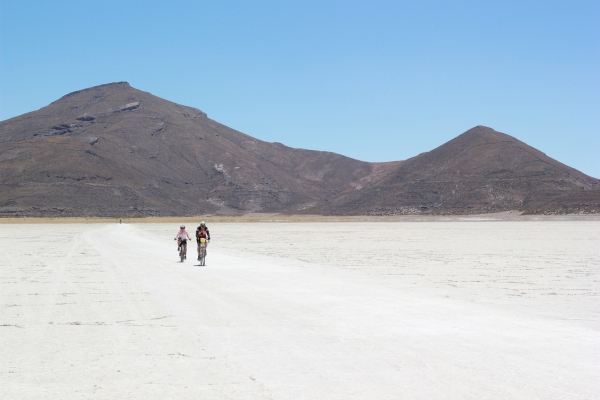 Here in Uyuni, the group is taking some time off the bike to rest up and explore what looks like a post-apocalyptic town. Old buildings are abandoned, metal sculptures haunt the main tourist drag, and wind whips through every street carrying with it the salt and dust from the nearby salt flat. Over the next couple days, we will bid farewell to the bizarre and barren landscapes of Bolivia. In our sights: Argentina.