There’s no easy way to say this – ‘The earth is melting’. We’ve seen it along the way, from the dwindling glaciers of the Icefields Parkway to the slowly festering super-volcano of Yellowstone Park. The globe is in trouble and we cyclists know it. Why, then, are we faced with so much adversity from gas-guzzling drivers when attempting a relatively eco-friendly (and very cool) adventure like the North American Epic? 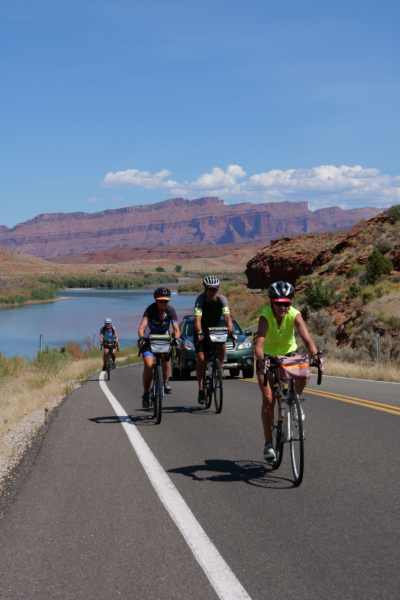 Many times, drivers (usually in quite large vehicles) yell at us to “get off the goddamn road” as if there’s another option. They like to complain about the arduous task of passing so many cyclists, especially here in the grand ol’ US of A where many drivers believe that, they alone, own the road. They’ll rile themselves up about a simple maneuver when, in the grand scheme of things, we should be the ones kicking them off the road. Not every traveler needs to drag their entire living room behind them in order to enjoy the simplistic beauty of nature. In fact, if their vehicles weren’t so massive, passing cyclists on the road would probably be a much easier feat. One angry truck driver stopped by at lunch to complain the other day but I couldn’t hear a word he said over his extremely loud engine! He went as far as to report us to the local sheriff, who evidently was tired of answering calls from this particular truck driver, and wished us on our merry way.

Now, I get it. I’ve lived out of a van at one time, and it’s great! You can cover lots of ground with all of your favourite amenities and still see some fantastic places. It combines the joys of camping with the convenience of home, and all it costs is a little gas money and a small sliver of what’s left of our atmosphere. Within our current state of global climatic turmoil, we cyclists can only pride ourselves on our zero-emission carbon footprint.

It’s such a bewildering sight to stroll into somewhere like Yellowstone, one of the most pristine National Parks in the USA, only to be surrounded by traffic jams full of RVs, vans, buses, trucks and trailers of all shapes and sizes. It’s quite an ironic image – riding past a line of cars at a standstill, waiting to park so they can go for a hike!

As a result of such chaos, bicycles are unjustly limited to the rather unappealing sections of the park. Now, what kind of twisted logic is that? Restricting the environmental do-gooders and rewarding the very vehicles that are destroying the park itself! Yellowstone is not the only example of this kind of behaviour; Glacier National Park chooses to give cyclists a curfew of 11am (yes, AM) to see the entirety of its vast landscapes, which led our riders to embark on a very early and very rushed visit throughout that glorious park. 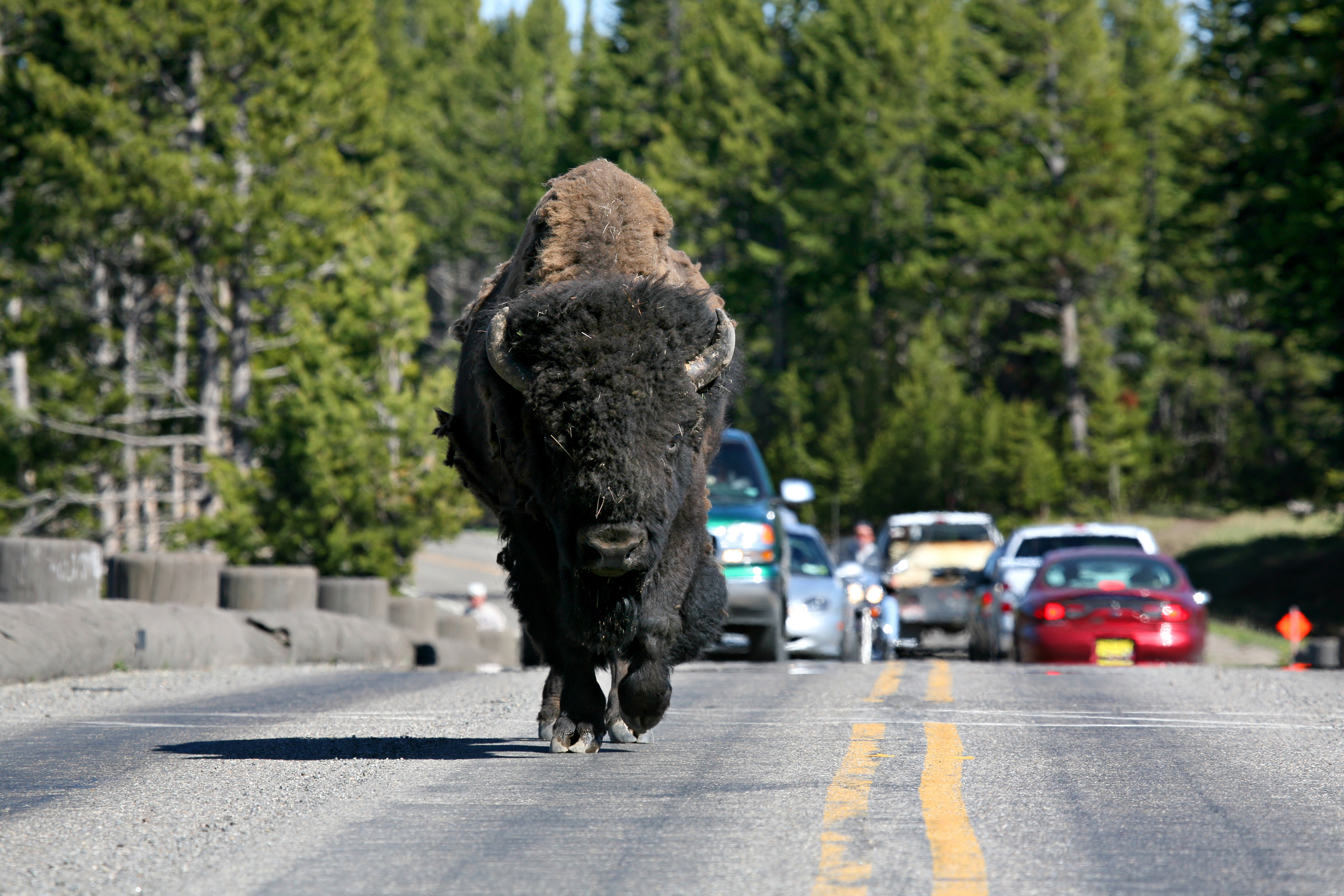 The United States is still slowly working through its dark history regarding several discriminations, and vehicle discrimination is no exception! If there’s anywhere that bikes should reign supreme, it should be out in nature, right? Cars can rule as many cities as they want, but what good is it to give priority to cars out in nature when they can only traverse a fraction of its terrain? Forcing park-goers to drive a car in order to see the entirety of a park only feeds into its own inevitable self-destruction.

I heard down in Yellowstone that we’re due for another super-volcano eruption pretty soon. Maybe that wouldn’t be such a bad thing?