“Do you know why TDA is a successful company?”
“No” I responded.
“Because you are not afraid to fail.”

I was surprised and nodded, not knowing what to say. Was this correct?

This conversation took place a few years back during the inaugural South American Epic tour with one of the participants who had been on other TDA tours. 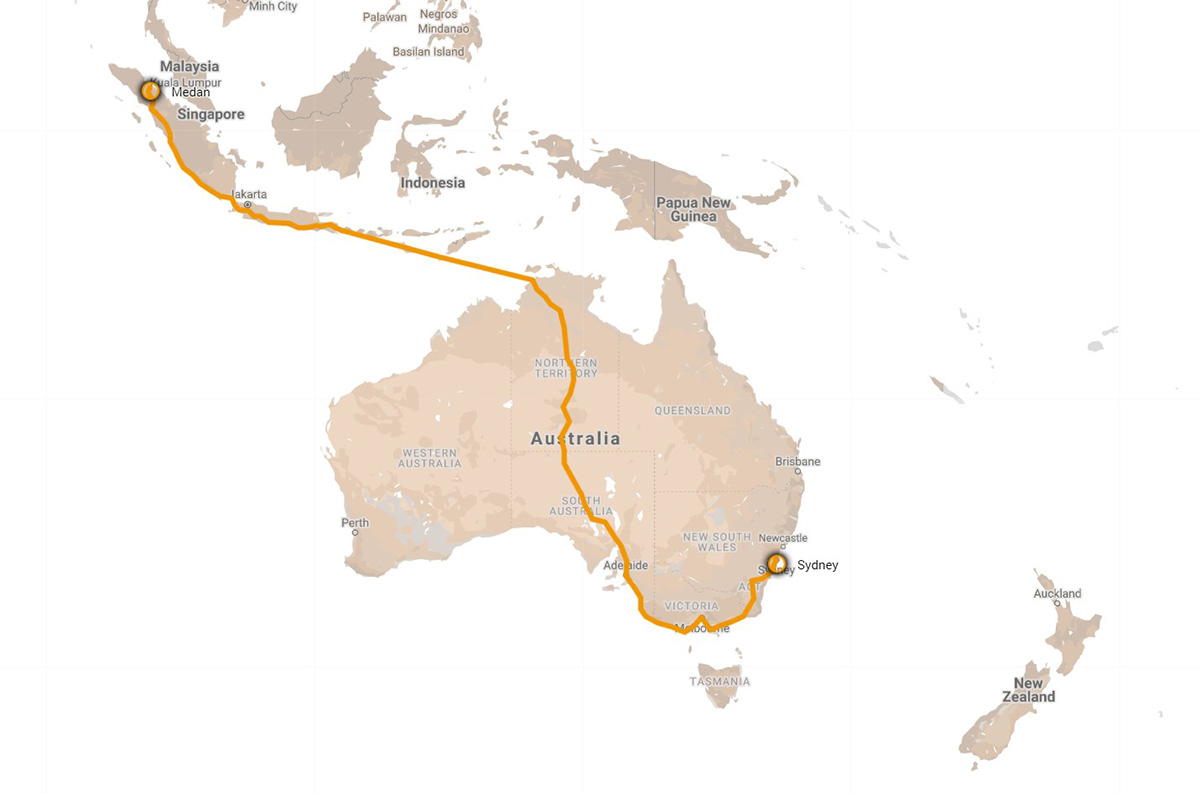 Three years before that discussion, when we decided to do the first Trans-Oceania tour, we came up with what we thought was a great cycling route that crossed Indonesia, Timor and Australia. The tour turned out to be challenging but was a wonderful experience for those who decided to join. Unfortunately not many did. Because the tour was great and part of the 7 Epics, we thought we should try the same tour again.

It didn’t fly, there was no interest. So, we tried a new version. This time we would by-pass Indonesia and Timor, take the same route through Australia but we would add New Zealand. To our dismay, we again found that the route through middle of Australia simply didn’t attract enough participants. So, we tried another route that started in Perth and that didn’t work. Still minimal interest. 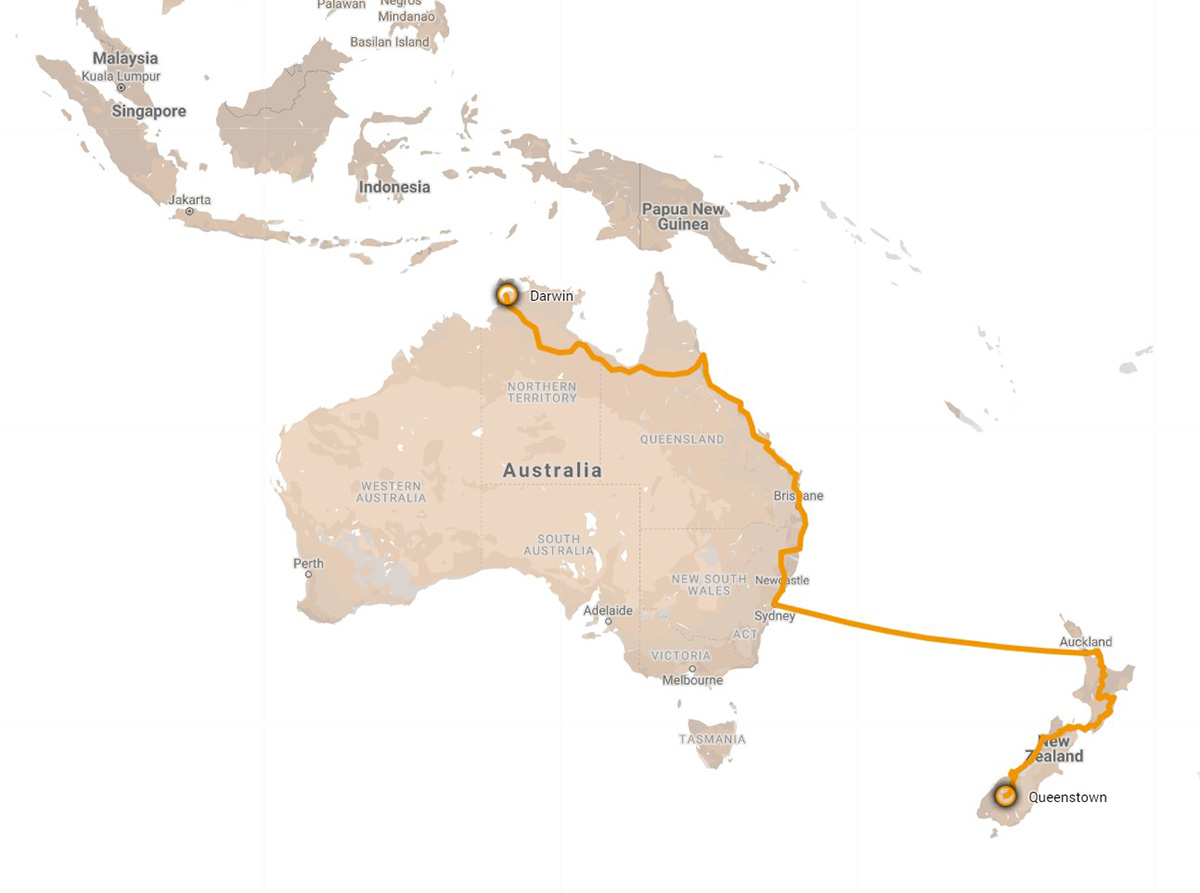 Though Samuel Beckett was not writing about our company, his lines seems to apply to us. For over a year we have had a new Trans-Oceania route on our website but unfortunately it hasn’t attracted enough participants. So, what did we do? We decided to try again. 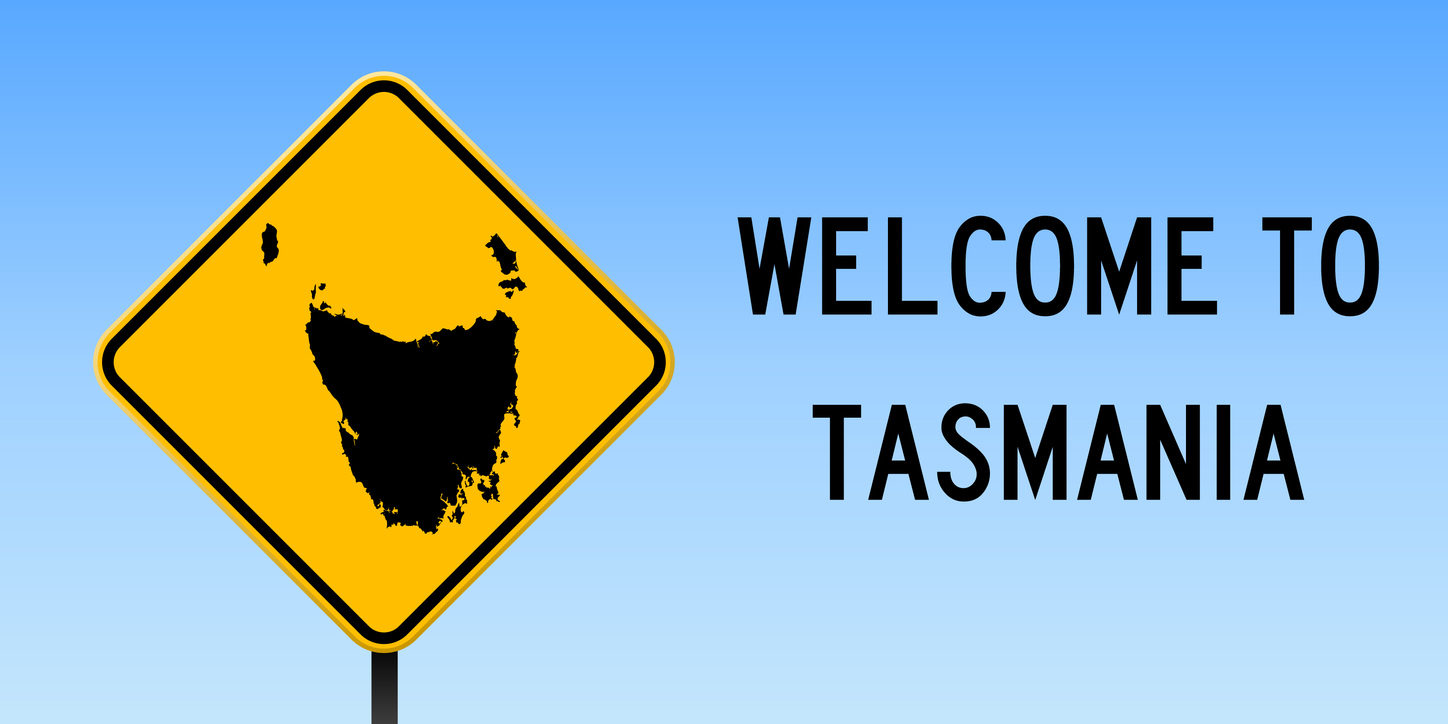 We are now announcing a new version, a much-improved version. To begin with, it will be all hotels, something that has proved very popular with our participants. We are dropping the ride through the Outback, which is not suitable for hotels, but we are adding one of the top cycling attractions in Australia – Tasmania. 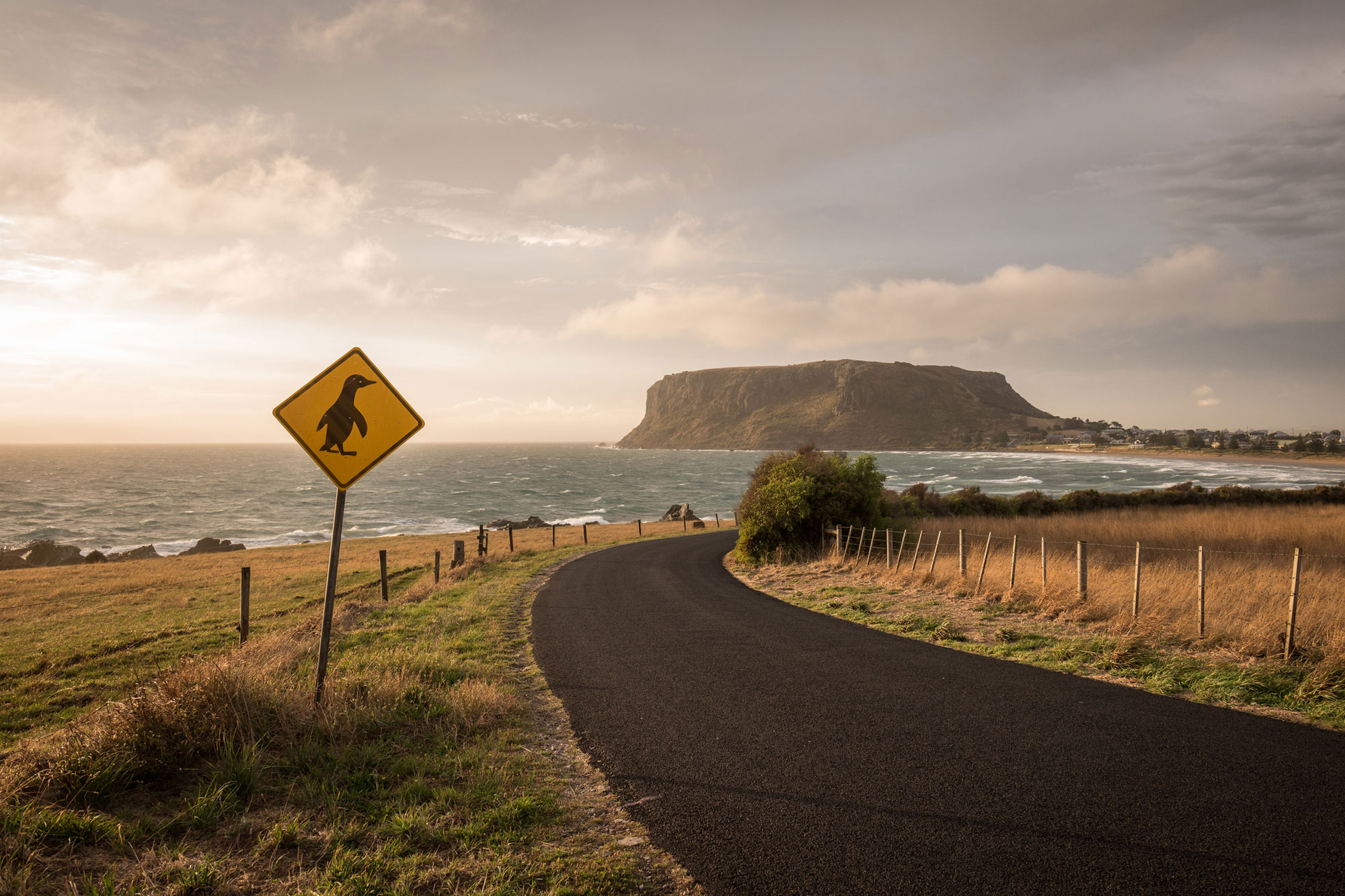 We are returning to the part of Australia that has been most popular with previous Trans-Oceania cyclists – that is the section from Adelaide to Melbourne which includes the famous Great Ocean Road. From Melbourne we will take a ferry to Tasmania and do a loop of Tasmania before taking the ferry back to Melbourne. From there we will cycle to Sydney via the capital city Canberra, before flying to the very popular cycling destination of New Zealand for the last part of the tour.

Will this work? There are a couple of quotes, apparently incorrectly attributed to Winston Churchill that go something like this – “Success is going from failure to failure with no loss of enthusiasm” and “Success is not final; failure is not fatal: It is the courage to continue that counts.” 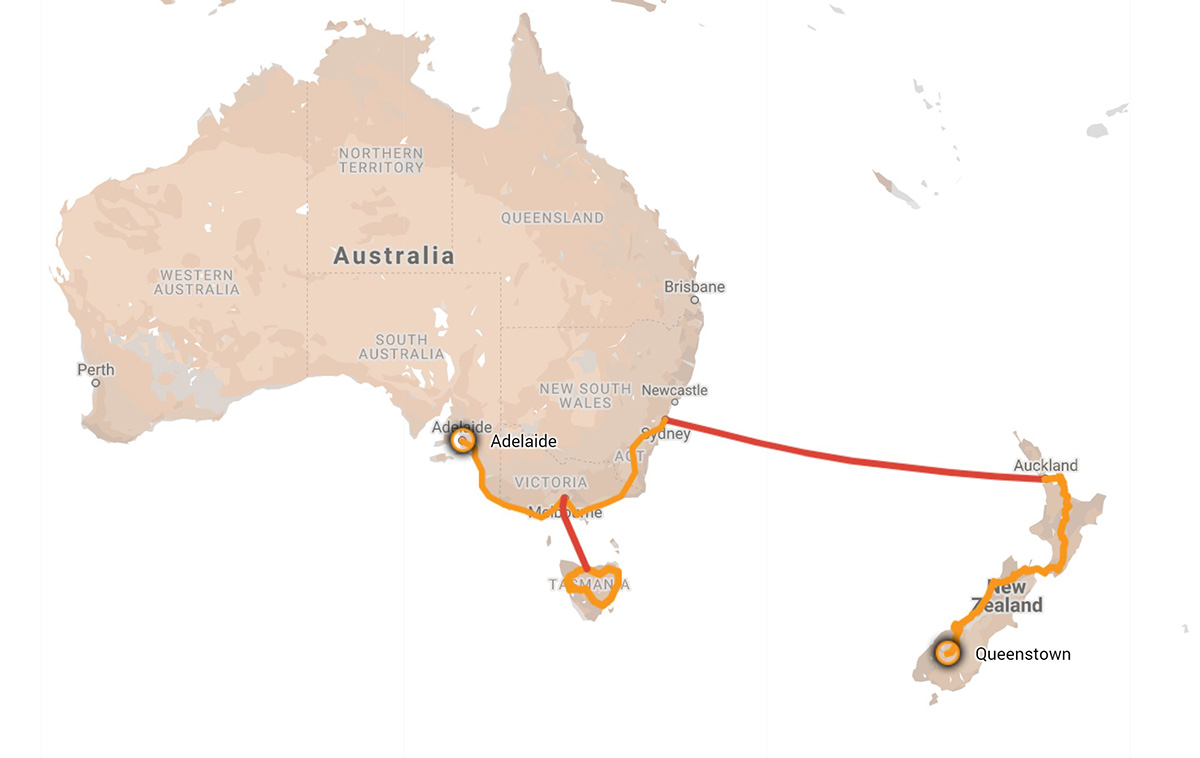 When it comes to the staff at TDA, every tour that we undertake is unique, challenging and always a great adventure. They take riders into the great outdoors, they allow them to see countless wonderful parts of the world, to meet many people and to even become friends for life. Keeping all of that in mind, for us, as long as the cyclists arrive as planned and healthy, the tour is considered a success.

If you are worried about biking in Australia given the current situation, our Australian friends at Cycle Tours Global put it nicely “There are many ways to donate to help the huge recovery effort but one way you can help is go on a bike tour! Tourism is one of the biggest industries in the area and its near collapse in peak season is devastating for local communities. The good news is that Australia is a very big country and, although the bushfires have destroyed vast areas, just about all cycle routes, rail trails and tour operators are still open for business.”

Looks like a winner to me. It will be a lovely ride. I ‘circumnavigated’ Tassie in 1982 by bicycle. Great memories.

I wanted to do the last tour that you posted, but I am not a huge camper. I am glad to hear it is all hotels. On this new tour do we get to see the Great Barrier reef?
Thanks.
Tina

Hi Tina, Yes, the hotels should make everyone much more comfortable after a day’s ride. Unfortunately, the Great Barrier Reef is quite a distance away from the new route. Please email eva@tdaglobalcycling.com if you have any other questions.

I have ridden the new Australian mainland route in reverse order and loved every minute,of the 14 days I think you have picked a winner here
Have also ridden in Tassie & again another winner,
I am considering joining you.
Well done

I lived and worked in Tassie for half a year. The cycling is fantastic! the scenery tremendous. The Tassie’s however, have not learned to build a diagonal road to control gradient – rather like Scotland, but more of it. In Launceston there was a section of 32% (bricks – too steep to lay asphalt or concrete. And, a section that never dropped below 20% for a kilometer, and peaked at 26% – I never would’ve made it up except that there was a house with a long driveway that I could loop around to recover before continuing. There was a section of 17% just to get home from work to my house. I did some races where we zig-zagged to get up the climbs.
The kookaburras like cyclists and will fly along, chattering and laughing with you, land on a fencepost to continue the conversation, then fly on to continue the conversation a bit down the road.

Will be interested to see how this evolves over the next couple of trips – have a long held ambition to come and do 2024, but very much wanted the longer trip with outback and camping from either Perth or Darwin.

Might have to do Perth/Darwin to Adelaide solo and the. Join you for the start of the trip

Seems like a great idea to me. Visited Tasmania several years ago and enjoyed every minute. There will be some challenging riding but not much traffic. I seem to remember the tourist slogan of “A place like no other,” this is totally true.
Hope the tour fills quickly.
Daphne