“Exercise is not optional; it is essential”

Isn’t science wonderful? Especially when it validates the things you enjoy most in life?

I love being outdoors, growing my own veggies, walking, hiking, canoeing, and especially cycling. So is it any wonder that strolling by a newsstand my eyes focused on the cover article of the January issue of Scientific American, ‘Active Body, Active Mind – How exercise keeps the mind sharp’. After all, at the tender age of 68, keeping one’s mind active is rather, should I say, important? 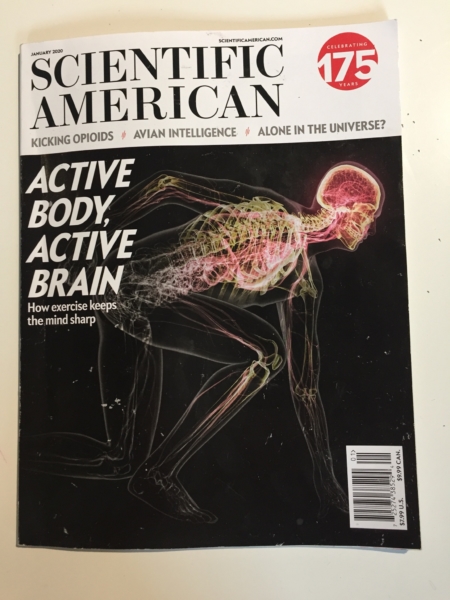 The article by David Raichlen and Gene Alexander explains that “key transitions in the evolutionary history of humans may have linked body and mind in ways that we can exploit to slow aging”. The paper concludes that “cognitively challenging exercise may benefit the brain more than physical activity that makes fewer cognitive demands”. In other words, getting on a bike which requires all kinds of cognitive and often quick decisions is better for your brain than going to the gym and running on the tread mill.

The authors cite an example from their work that “cross-country runners who train on outdoors trails have increased connectivity among brain regions associated with executive cognitive functions compared with healthy but more sedentary young adults”. Not to mention that cross country running is cheaper and far better for the environment than the tread mill.

Another paper by Herman Poulzer that I came across in a special collector’s edition of Scientific American titled ‘Evolved to Exercise’ claims that unlike our ape cousins, humans require high levels of physical activity to be healthy. The author writes that as human’s anatomy and behaviour shifted over the past two million years (when our ancestors broke away from great apes), so too did our physiology. In other words, our physiology adapted to the intensive activity that hunting and gathering required.

As a result, for humans, “Exercise is not optional; it is essential”. Mr. Poulzer states that even today hunter gatherer groups such at the Hadza in Tanzania “do not develop heart disease, diabetes or other maladies that afflict industrial countries”. Another lesson we might take from the Hadza and similar groups is that besides the copious amounts of exercise and a whole food diet, their daily life is full of fresh air, friendships and family. None of this of course comes as a surprise to me as a cyclist and the owner of a company offering long distance bicycle adventures. In fact, 8 years ago I wrote a blog called ‘Do Epic Tours and hunter gatherers have anything in common’. 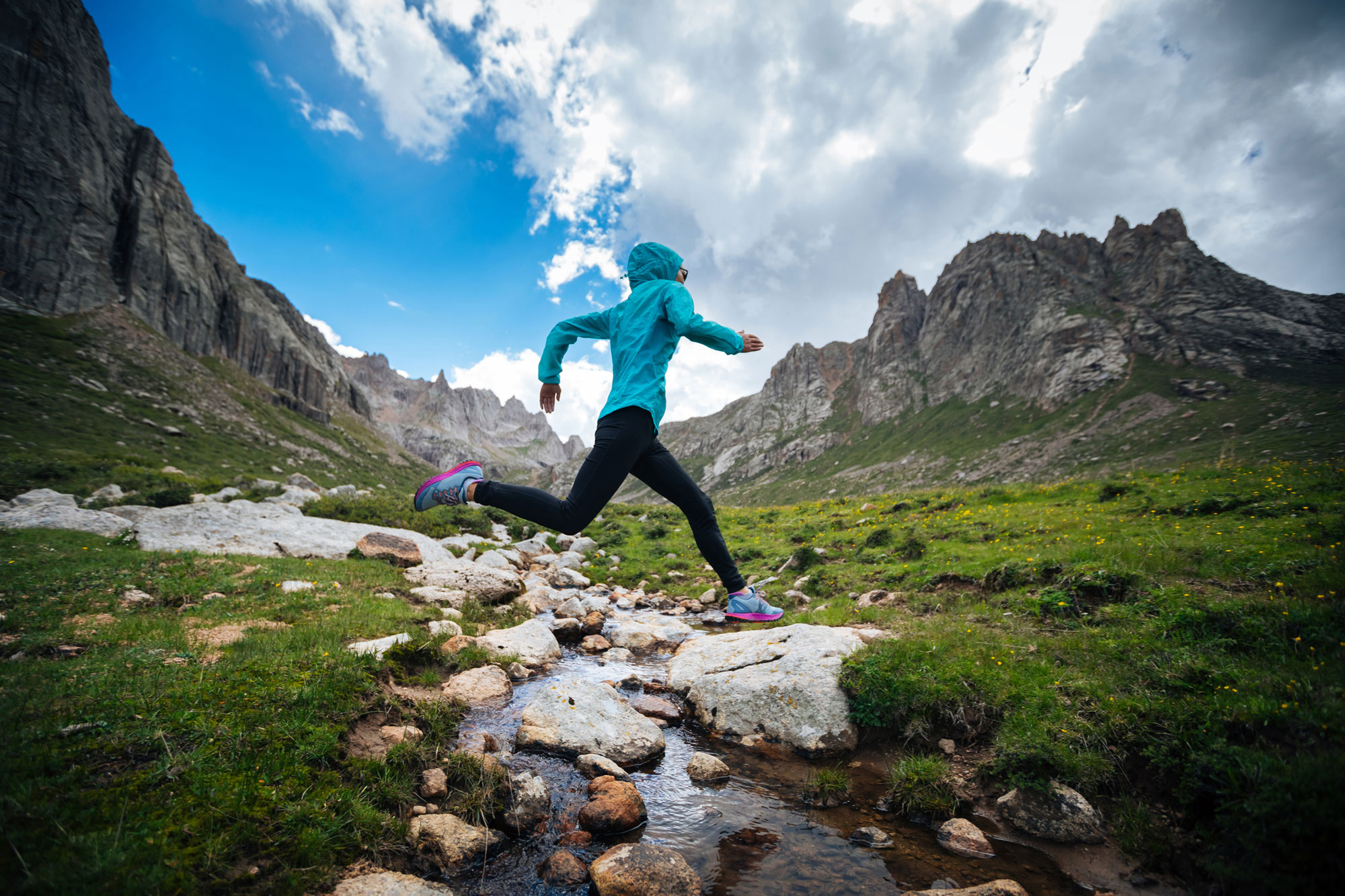 To continue with this theme, another recent study published in the academic journal the Aging Cell and reported by the BBC explains that long distance cyclists in their 80’s seem to have the immune system of non-cyclists in their 20’s. The study followed 125 cyclists in their 60’s, 70’s and 80’s and discovered ‘markers’ in their blood for T-cells, which help the immune system respond to new infections. The oldsters were producing these cells at the same rate as people in their 20’s. Normal old people who have a fear of bicycles do not produce any T-cells. Zero, Nada, Zilch! 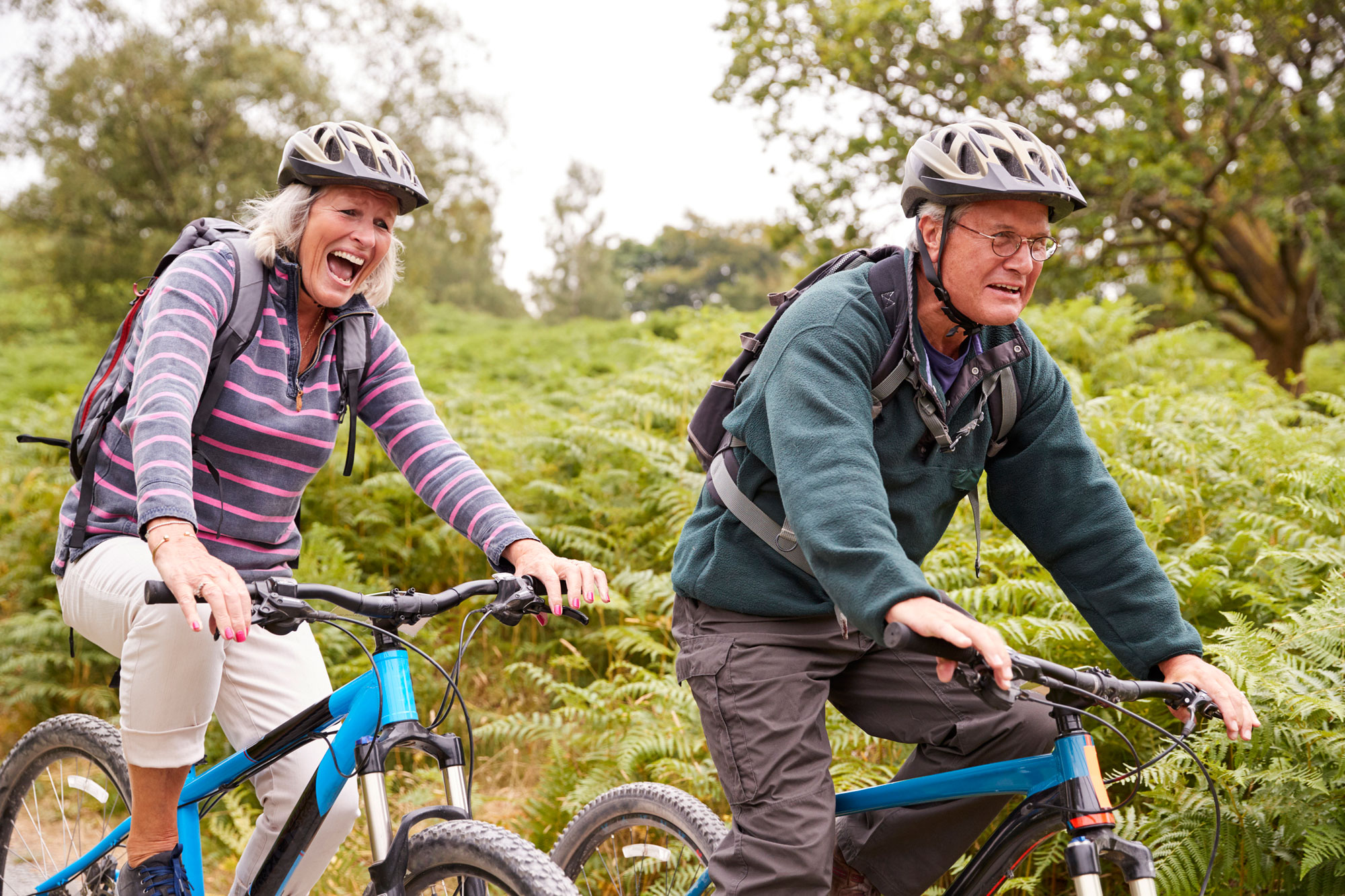 So, what does all of this mean besides the fact that, as I wrote in the first paragraph, science validates my lifestyle? What these findings confirm is that the longer you cycle, the longer you will live, and live well. If our politicians had any brains or guts, they would make every effort possible to encourage people to get on their bikes, everywhere and all the time. Many studies have suggested this would save every country millions of dollars in health care and create a healthy, happy population