The Future of Cycling in Urban Transportation

Several months ago I wrote a blog called “The Time they are a changing” in which I discussed the automobile companies’ secret fear of the changes that are coming in their businesses. Having been on this planet for a few decades and noticing that future has a way of taking sudden unmarked turns, I am generally dismissive of all predictions. However, on the assumption that we do not have a nuclear war, I will try my hand in predicting the future.

With 7 Billion people on the planet the facts speak for themselves. According to article in Bike Europe magazine by Han Goes: 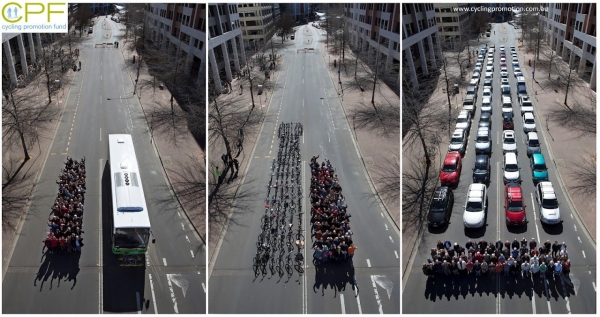 With money tight everywhere, cities simply do not have the infrastructure funding that is required to support car-based transport. Add the environmental, health and space issues brought about by automobile use and we all can see why every car company is attempting to come up with what they call new mobility solutions. These products vary from smaller cars to motorcycle-like vehicles to so called last mile personal carriers, a device that will be either in the trunk or part of the hybrid-like vehicle. Thus a vehicle can be parked few kms from a destination and then a ‘last miles personal carrier’ will be used to cover the remaining distance. I have no doubt that some of these products will be a success and many people will use them. But I think the main impact will not be necessarily be from these vehicles. I believe that the main impact will be from technology that is already available today. 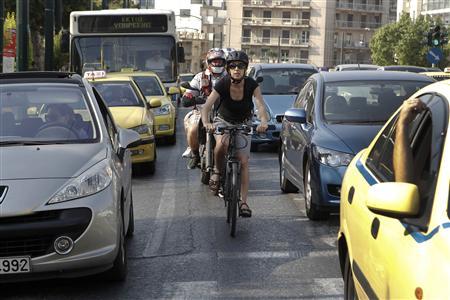 With 1.3 million individuals killed on roads around the world each year and another 50 million seriously injured, the emphasis is now shifting to prevention. After all if  driving fatalities were treated as a disease, it would be an epidemic comparable to malaria or tuberculosis. “Autonomous driving is the end game,” Toscan Bennett, Volvo Vice President of Product Planning & Management explained at a recent safety demonstration, pointing out that human error is responsible, in whole or in part, for 90% of road accidents today. According to Mr.Bennett, “no one will die or be seriously injured in a new Volvo come 2020“. What this really means is that all future vehicles will be programmed and driving will no longer be fun or even required. With the introduction of ‘car share programmes like Zip cars and Auto Share other options will become more popular.  In the coming years an appropriately sized car (one seat, two seats, six seats) will be summoned by one’s smart phone to pick people up. The passenger will then command the vehicle to take him to their location, drop them there and then pick up another passenger in the general proximity. All transactions will be automated. Essentially, taxis without drivers. For those who insist on keep their own cars, there will be charge per km use or similar costing approach which will add exponentially to the cost of owning a car. As a result, with more space on the road, cycling should become more popular.

In Europe in 2012, 40% less cars were sold than in 2008. On the other hand, there is a significant growth in sales of a variety of e-bikes and 3 wheeled electric vehicles. As this trend grows and, as any cyclists on the road can already attest, the e-bikes, scooters and motorcycles will be crowding into the cyclists’ bike lanes. Road rage will change from cars vs. bikes, to bikes vs. electrically powered two and three wheelers. There will be more bicycle on e-bike accidents. Still when one considers the physics of two bodies unwillingly meeting each other, I prefer being hit by an e-bike than by a moving mass weighing 2000kg (4,000lbs) or for that matter even 1000kg. My chances of surviving are exponentially higher.

1 Comment for "The Future of Cycling in Urban Transportation"

[…] Interested in Biking Across a Continent? Visit Tour d’Afrique Ltd. […]