It is 30 days since TDA lost its number one fan – my mother. In the tradition I was raised in, 30 days of mourning are the second stage of a yearlong mourning period. When I searched Google and asked why 30 days, I came up with this:

“We find in the Torah (scriptures) thirty days as a period of mourning for someone who is very special.“ 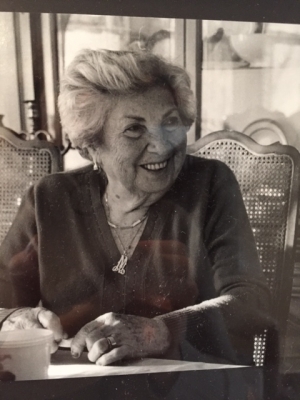 Those who had an opportunity to spend some time with her would likely agree that she was very special. Her life was extraordinarily hard. At the age of 17 she was sent to the infamous Auschwitz-Birkenau concentration camp and for the next three years she survived what some have called ‘hell on earth’. When she came out she found out that her seven brothers and sisters, her parents and her grandparents perished as well as many cousins and extended family. Later in life she would tell us that finding out that there was no one alive from her immediate family was the most difficult time for her and for a while she contemplated suicide.

She got over the suicide thoughts by taking care of a friend’s little girl and resolved not to look back. She married, had three children with my father, a difficult man with his own tragic past and a very different personality. Yet not the demanding life with my father, neither life under communism, nor moving twice to a new country, working on her feet until her mid seventies, nothing would deter her from taking the best that life would offer and just about ignoring the rest. No negativity for her.

When at the age of fifty, unemployed and broke I told her that I am starting a new venture, initiating a cycling expedition across Africa, something that many people considered insane, not doable and dangerous, my mother’s response was “I will come and visit you.” And she did, half way through as we rode into the Nairobi campground, at the gate was my mother waving and smiling. She stayed with us for a few days helping with the lunch truck and hiding some salad, which she knew I liked, so when I arrived the last of the riders, there would be fresh veggies for me. 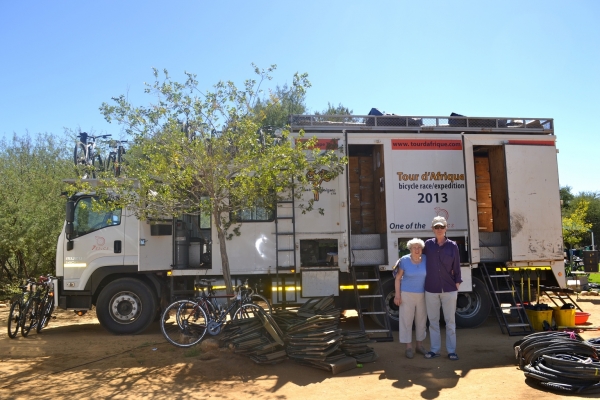 For the next twelve years my mother simply loved coming and spending times on TDA tours anywhere around the world. All I had to do was ask if she wanted to come and she would start planning. She was a person for whom the term Carpe Diem – ‘seize the day’ or as Webster dictionary defines it, ‘the enjoyment of the pleasures of the moment without concern for the future’ – was invented. Five years ago when she was 86 years old she came with Ruth and me to the start of the Indian Adventure cycle tour (now the Hippie Trail). After a few days Ruth and my mother left for some sightseeing in Mumbai. At one point when Ruth was concerned that my mother was tired and suggested that they had enough and should rest for the day, my mother had an angry response: “I will rest when I am in the ground. Now we go.” 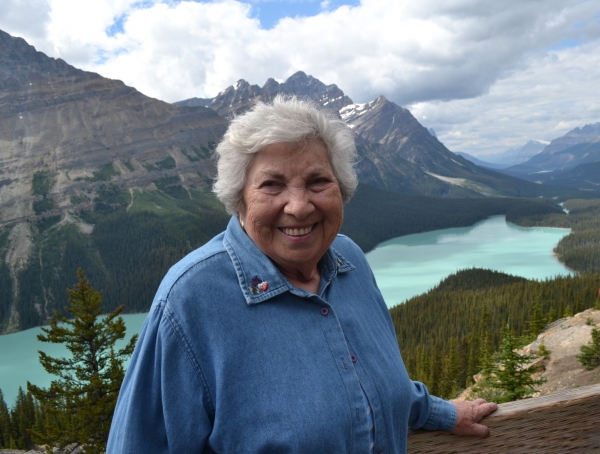 Those who had an opportunity to chat with her on our trips, would realize that without my mother’s gift to me – raising me and my siblings to be curious, open and most important not to be afraid of the world and the unknown but rather embrace it – TDA would just not exists.

She was 91 years and 8 months old. Six weeks before her passing, she sent me her itinerary for her next trip so I would make sure she had travel insurance. May she now rest in peace!

19 Comments for "My Mother’s Shloshim"

Henry, I had the distinct pleasure of meeting your mother when she joined us on the Amber Route. She was a strong, fearless and kind person. I was a captivated listener during her stories which left me with feelings of respect and admiration. She will be dearly missed.

Henry, thank you for your tribute to your mother. It is hard to understand how a human being who suffered so much from the atrocities of other human beings, could have emerged so life-loving. And as you said, you have been a prime beneficiary of her spirit, which has made you embrace life and the unknown with so much courage.

Henry, this is such a lovely tribute. Your mother sounds very much like my beloved mother, of blessed memory. We are truly blessed.
All the best,
Judith

Dear Henry, we share your pain of losing your unique mom. Your depiction of her and her zest for life reminds me of my own mom, also a Holocaust surviver, who lost all of her immediate family and emerged out of the ashes to create a new family with children, grandchildren and great-grandchildren, still vibrant at 93.
May you be comforted by the joy you have brought to the life of so many via TDA, and the many lives you helped rescuing from Ethiopia and Sudan.
Hug,
Ze’ev

Henry… I did meet your mother and envied you the wonderful bond you two obviously shared…. I,m sure she was equally proud of the life of challenge you have lived in our easier world.
Thank you for sharing her… R

Thank you Henry for sharing this deeply personal tribute. May your mother rest in the Peace she richly deserves. Your venture has significantly altered my life’s course for the better, and gained me a raft of international friends. Thank you.

Henry, I am deeply sorry to hear this. I remember very well her greeting us at the lunch stops on the TdA and I also had the pleasure of meeting her several times back here in Canada. Every time we meet up I always enjoy hearing how she is doing and which TdA trip she will be going on next. My deepest condolences.

My Dearest Henry and Ruth,
Our heartfelt condolences to all members of the Gold family and extended family members on the sad demise of Malvina. I have fond memories of Malvina from TDA 06, when she joined us in Cairo and was with us till Aswan..She was a lovely, kind & a gentle soul, who loved life.
We pray for his soul to rest in eternal peace. We mourn with you. Blessed are You, Lord our God, King of the universe, the True Judge. Amen
Muslim Harji
Montreal

A few verses of Rumi to console the Family.

“To Those I Love And Those Who Love Me ”

When I am gone, release me. Let me go
I have so many things to see and do.
You mustn’t tie yourself to me with tears, Be
happy, we had so many years.

I gave you my love and you can only guess
How much you gave to me in happiness.
I thank you for the love you each have shown
But now it’s time I traveled alone.

So grieve a while for me if grieve you must
Then let your grief be comforted by trust.
It’s only for a while that we must part
So bless those memories in your heart.

I won’t be far away for life goes on
So if you need me , call and I will come.
Though you can’t see or touch me, I’ll be near
with all my love around you soft and clear.

And then, when you must come this way alone,
I’ll greet you with a smile and “Welcome You Home”.

Henry, it is very sad to hear that your lovely Mum has passed away! Avril & I had the pleasure of meeting her on NAE when she joined us along with Ruth. She was indeed a real character & we enjoyed hearing some of her stories and chatting with her. The fact that she was at that time in her late eighties was hard to believe, her energy and love of life was endless. We send our best wishes and sympathy to you and Ruth at this sad time, but know that you will have many memories of a wonderful person. Rob & Avril Waghorn

Henry, Chris and I had the opportunity to meet your Mom twice. She was truly an amazing person. We miss her deeply. Our condolences to you and Tom.

My condolences for the loss of your mom.
Thank you for the beautiful tribute for her.
On the Amber and India tour, I had the chance to meet Mira and spend some time with her. She has been a very special person, full of life, caring with a heart of gold and was so proud of you. We had a lot of laughs together and loved every moment with her.
Her spirit will always be with TDA and us, who were so lucky to had some time with her.

30 days, a year, a decade will not be enough time to mourn. A child that loses its mother loses the one person that has ALWAYS been there. Right from the start. When we lose a parent we are children, and we carry our parents inside our hearts and souls.
I remember your mother joining us on the NAE. Good memories.

Thank you for your mom’s beautifully expressed tribute. I never met your mom, but I recall the chats around the campsite of her indomitable spirit and boundless energy. I expect that twinkle in your eye when things don’t exactly go as planned and you run across undiscovered gems off the trail comes right from her.

Henry, we’re so sad to here of your mother’s passing. She was a wonderful energetic and fascinating lady who I’m sure inspired many many people to live their lives to the full. Catriona and Mike.

Hi Henry–lovely post and I’m sorry for your loss. Thanks for sharing!

Thanks for sharing your beautiful story of your mom. A lot of good memories, she will be missed. My condolences to you.

My friend,
I am sorry for your loss. I remember you telling me about your beloved mother’s resilience in the concentration camp. I can see clearly her influence in you—your determination, vision, and achievements. I pray for consolation and comfort in this time of grief and mourning. May she rest at peace.

Dear Henry,
To you and all your family my heartfelt condolences.
Your mother and mine had the same zest for life – we learned from the best!!!! Love the photo of Mira at Payto Lake.
She will live on in your heart, in your conversations and in your “remember when ….”

Leave a Comment for "My Mother’s Shloshim" Cancel reply