Don’t Be Fooled: There Are Still Plenty of Hidden Gems in Southeast Asia!

It’s no secret that southeast Asia, like the Mediterranean and the Caribbean regions, is very much a hotspot for global tourism. Westerners have been flocking here for decades (or even longer) to enjoy the tropical climate, beautiful beaches, low prices, delicious cuisine and exotic culture of countries like Vietnam, Thailand, Malaysia and Indonesia.

So when the TDA Bamboo Road tour crossed the border from Ning Ming, China (which I can confidently say won’t be popping up on any “must visit destination” lists anytime soon) into Vietnam, I was expecting masses of Westerners, crappy souvenir stalls on every corner with aggressively pushy local dudes haggling us, and Australian bachelor/bachelorette parties inside every bar or nightclub from Hanoi all the way down to Singapore.

But now that we’ve reached Siem Reap, having experienced a fair whack of Vietnam, Laos and Cambodia, I’m pleasantly surprised at just how many hidden gems still exist in southeast Asia. 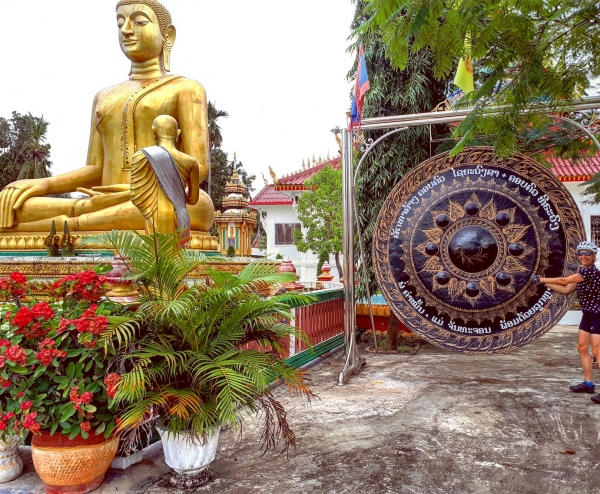 Canadian rider Maggie pretending to hit the gong at a Buddhist temple in Savannakhét, Laos.

While Hanoi hosts a lot of tourists for its abundance of trendy cafes, bars, and its close proximity to Halong Bay (Vietnam’s “ace in the hole” for the country’s tourism), it also hosts a lot of hagglers and pollution. 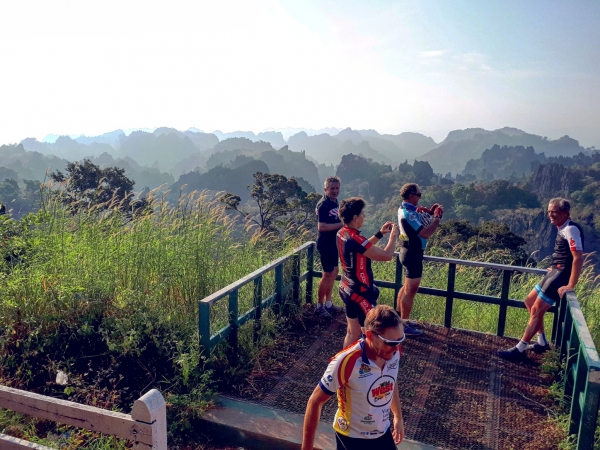 Only once we entered Cambodia did the presence of other tourists start to become noticeable again – not surprising, given that Cambodia is home to the largest religious monument on the planet.

As soon as we crossed the border I noticed the giant coach buses with “[insert company name] tours” scribbled along the side, mainly because they were muscling us cyclists off the road, and any time I saw one stopped on the side of the road with a few dozen tourists beside it, without a doubt there was a tour guide standing there shouting at the top of his lungs about something or other and directing everyone to where they could purchase souvenirs.

And as we whizz past on our bicycles, to continue on into the countryside or perhaps to stop up the road for a coffee or cool drink where it’s a bit quieter and we can engage with the locals properly, I am constantly reminded every time we pass one of these buses that I’ve been fortunate enough to experience southeast Asia in a way that these people aren’t. 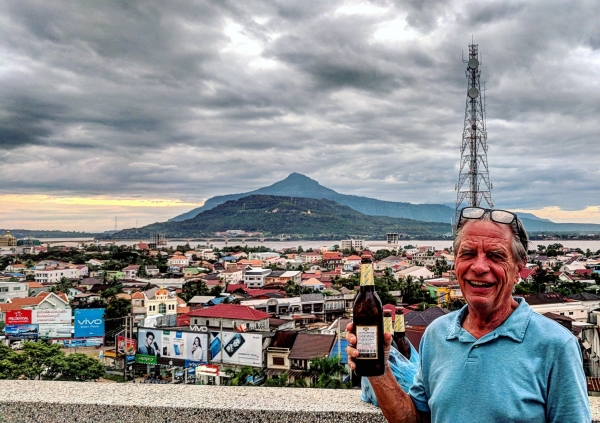 Thankfully though, it seems that we’re not the only people riding bicycles around this region – while we saw the odd lone bikepacker every third or fourth day in Laos, smiling and waving at us from the shoulder on the other side of the road, cycling the Siem Reap/Angkor Wat region has obviously become popular among foreigners, which is nice to see.

All this to say that before we got here, I had conjured up an image in my head of southeast Asia as being one ginormous tourist trap, and so far I have very much been proven wrong on that front.

The people are friendly, the atmosphere is always relaxed, and the region is fantastic for long-distance cycling! 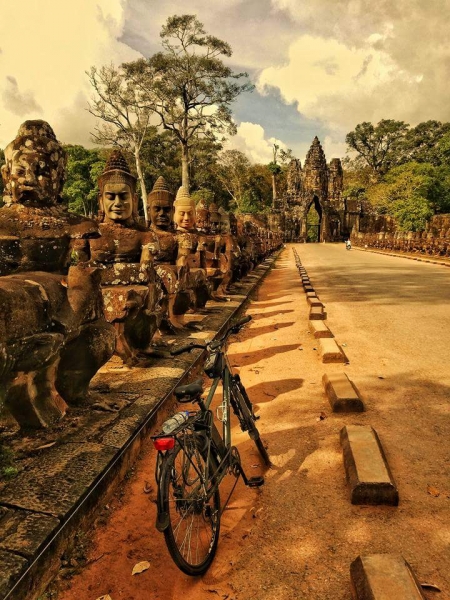 Leave a Comment for "Don’t Be Fooled: There Are Still Plenty of Hidden Gems in Southeast Asia!" Cancel reply