10 Reasons To Cycle North America From Top To Bottom

When TDA Global Cycling announced the new and improved North American Epic, we quickly knew we had hit on something special.

To be able to cycle from the northern most reaches of our continent to its southern end seemed irresistible for some who signed up immediately. But the NAE is more than just a trans-continental journey on 2 wheels. The route includes some of the world’s premier national parks, and historically significant sites. In fact, each of 10 highlights below is in itself a good reason to consider joining NAE for the whole or a part of the ride. 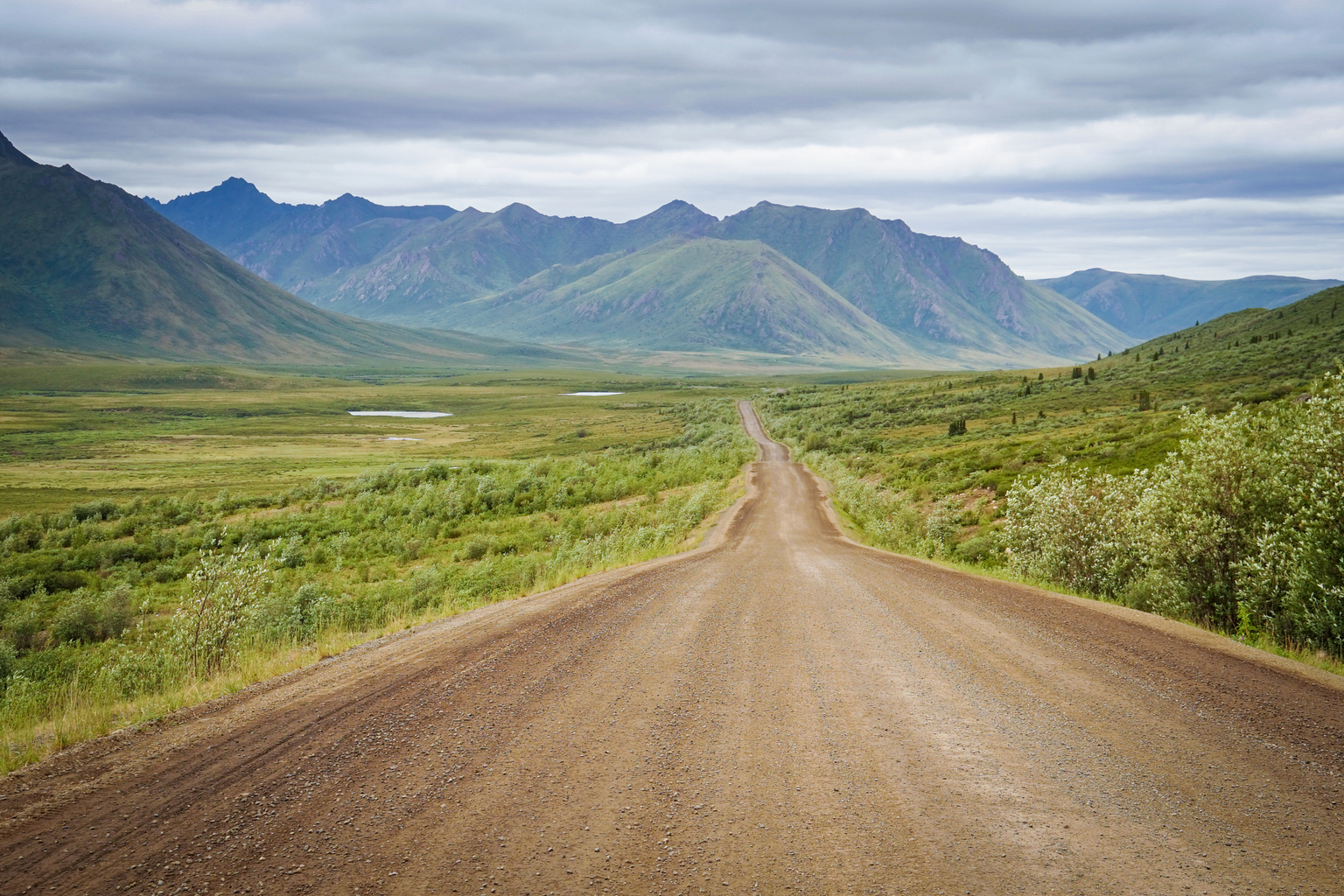 Completed in 1978, this 456 mile (730 km) long all-weather gravel road traverses the Arctic tundra and sub-Arctic wilderness of the Northwest and Yukon Territories from the MacKenzie river delta town of Inuvik to the Klondike Highway. It’s a scenic journey into solitude that the 2019 North American Epic will traverse during the 24 hour daylight of early-summer. 40 km beyond its southern terminus lies the fabled 1898 gold rush hamlet of Dawson City where you can wander into time warped saloons and join the Sour Toe Cocktail club. 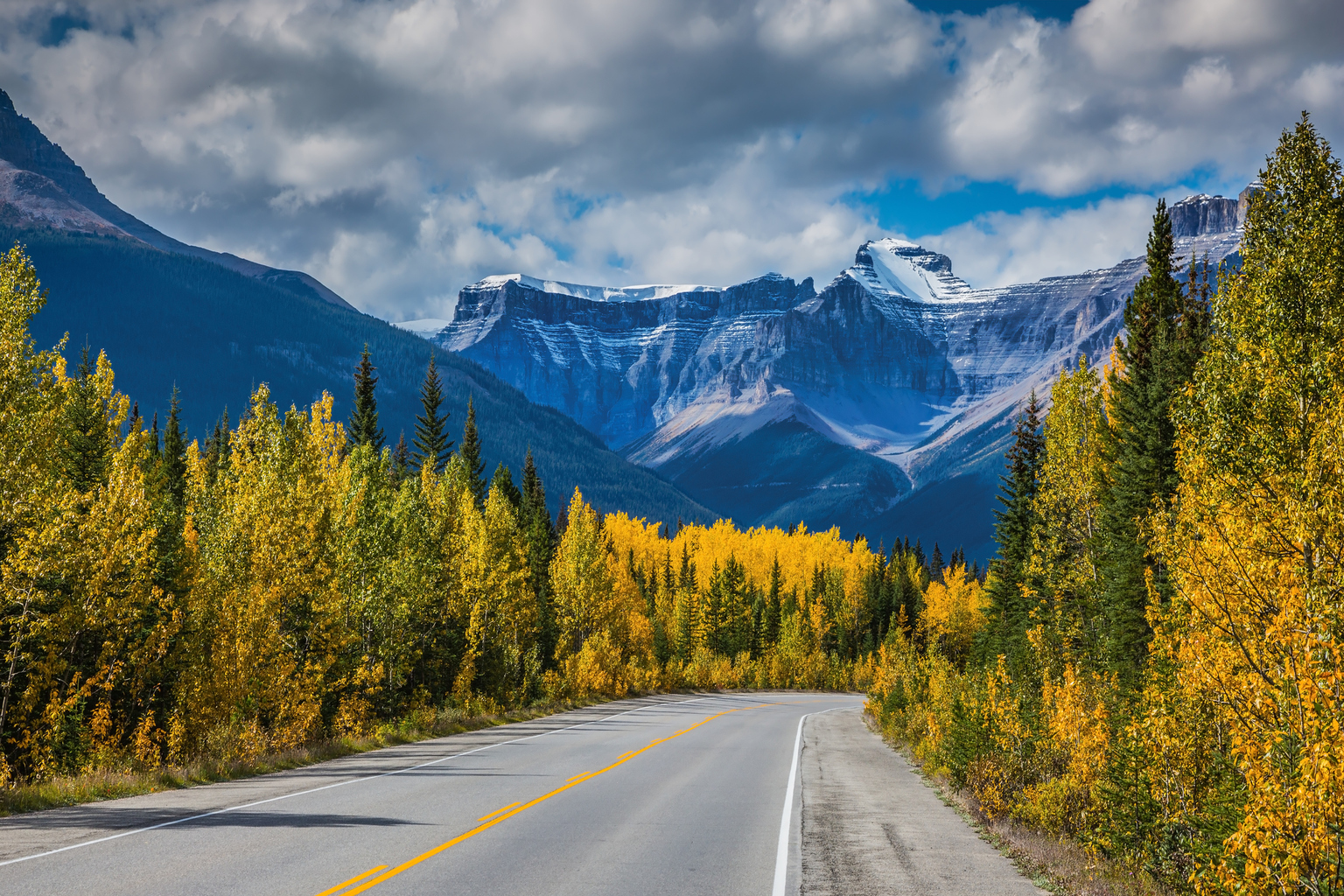 Carved through the heart of the Rocky Mountain Parks World Heritage Site, this is one of Canada’s iconic cycling routes. Along its 150 miles/240 km length between the outdoor sports meccas of Jasper and Banff are breathtaking vistas of the mountains, turquoise lakes, ancient glaciers and broad sweeping valleys. 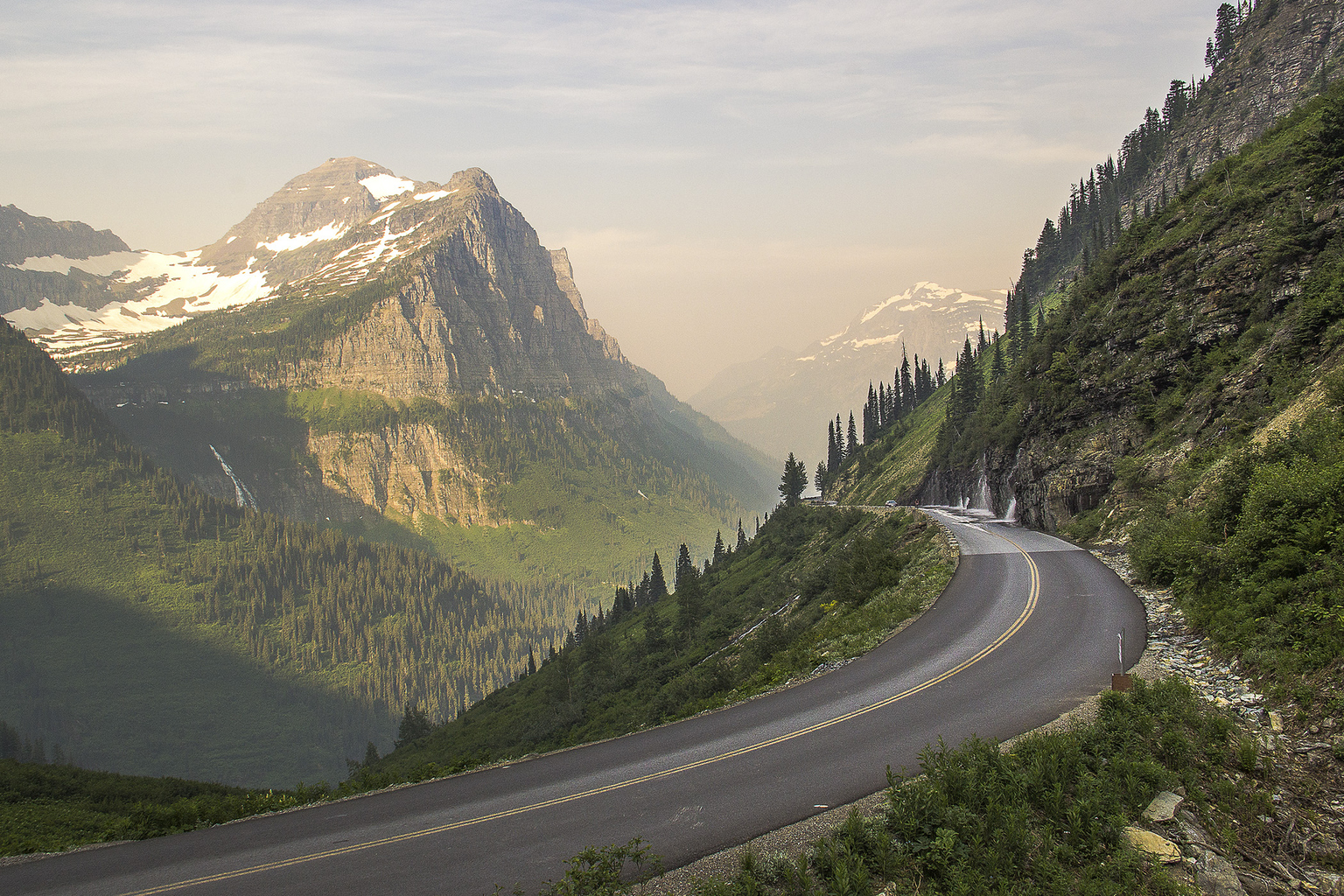 The Going-to-the-Sun Road is a spectacular 50 mile, paved two-lane highway that bisects Glacier National Park in Montana. Completed in 1932, it crosses the Continental Divide at 6,646-foot-high Logan Pass. Riders on the NAE will cycle this engineering marvel from east to west, finishing with a stunning downhill between the peaks. 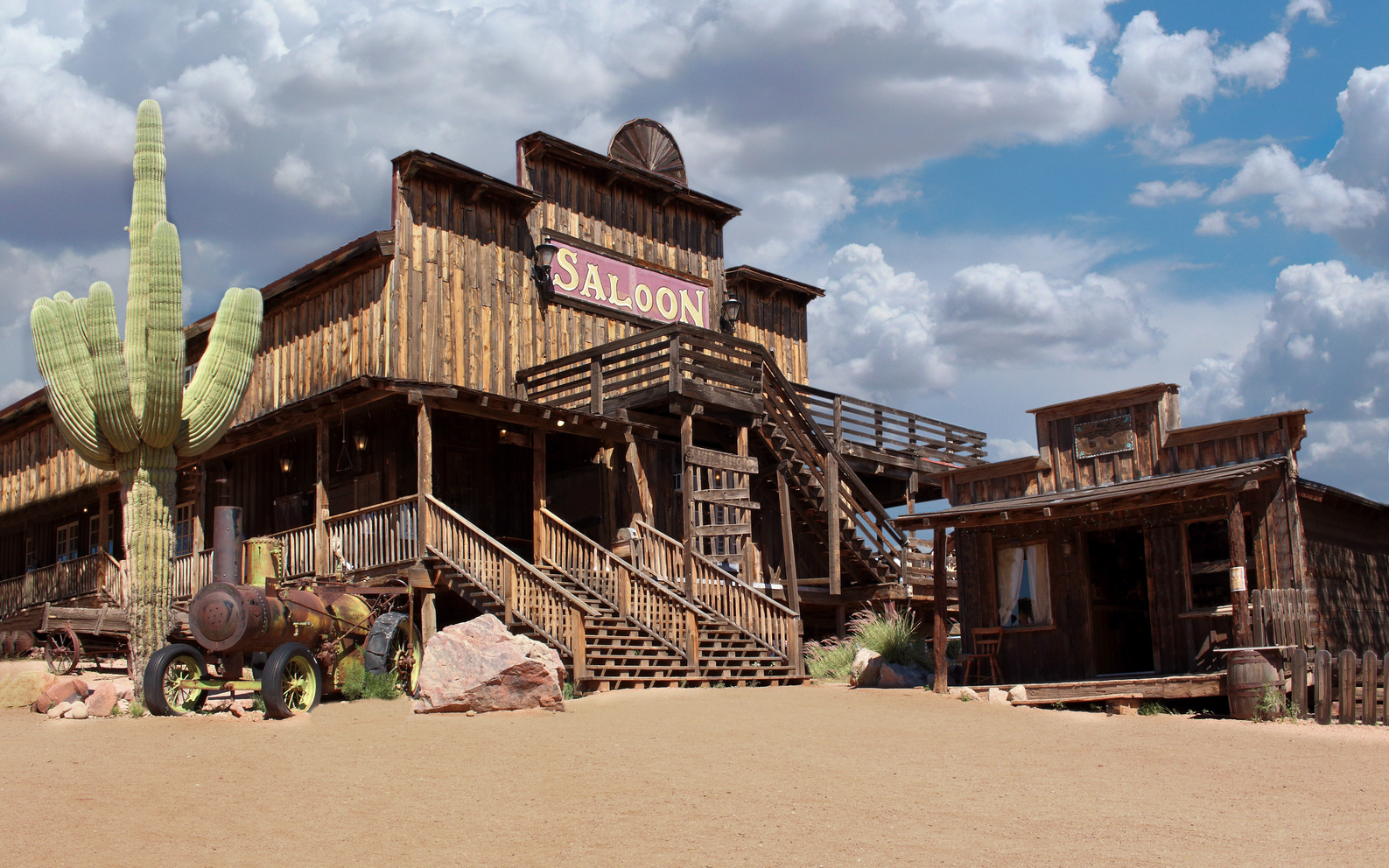 The southwestern states of Utah and Arizona provide cycle tourists with a journey though geological time and modern human history unlike any other. Superimposed on its surreal canyonlands and red rock formations is the clash of First Nations and Wild West cowboy cultures. In between the jaw dropping vistas of Moab’s mountain biking paradise, the panorama of Monument Valley’s buttes and chimneys, and the Grand Canyon itself, you’ll be tempted to purchase some bedazzling turquoise jewelry from the Navajo and Hopi trading posts, and sample some fry bread or a tomahawk steak. 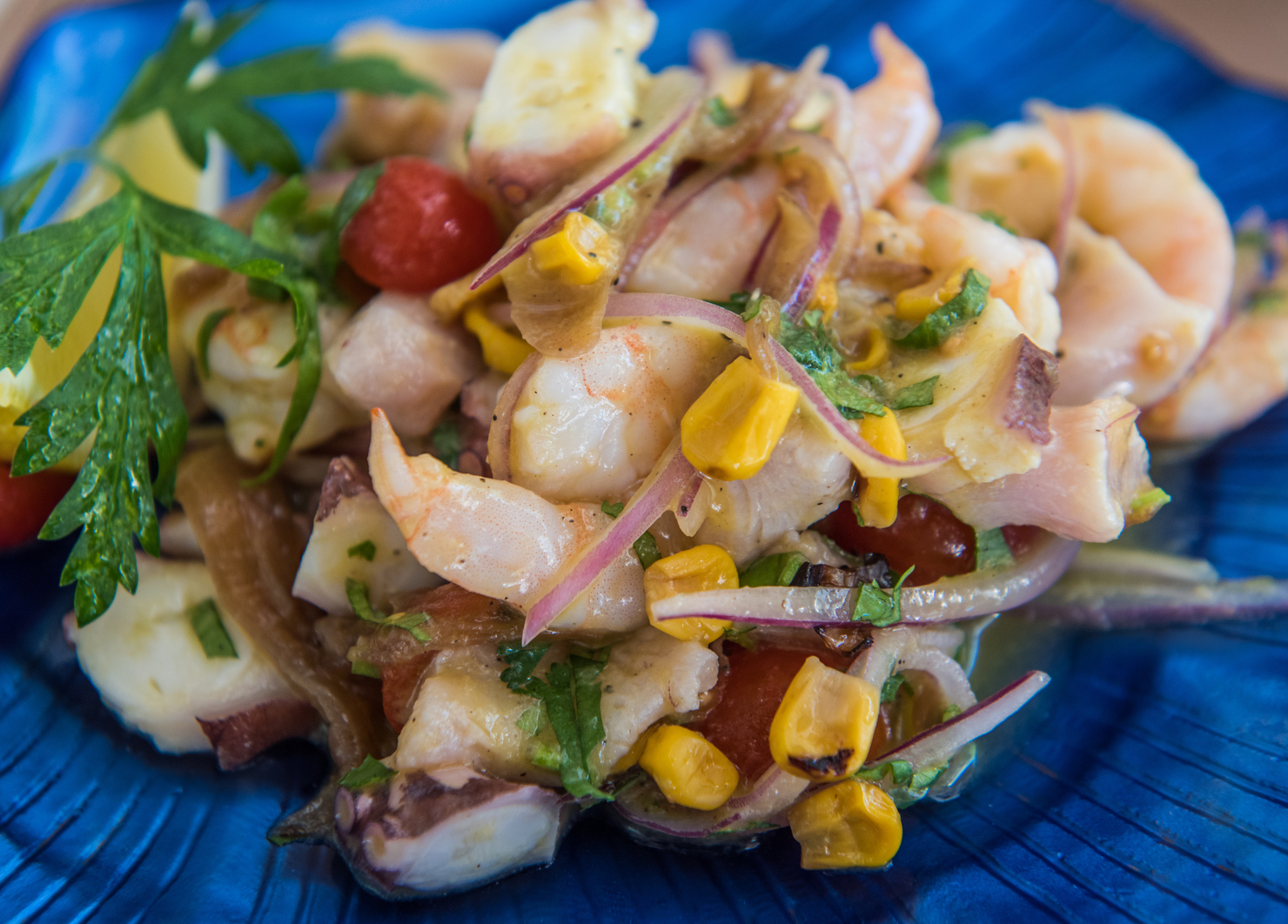 The Baja California desert may seem like a gauntlet, but hidden among the millions of towering Saguaro cacti are some real gems. On the Malecon in San Felipe, wash down a huge shrimp cocktail and some octopus ceviche with a margarita (or 4). Further south in the quiet port of Santa Rosalita be sure to wander among the pastel colored houses to Gustav Eiffel’s transplanted church, before touring the Spanish mission architecture in Loreto. Top it all off with a swim in the azure Sea of Cortez after a hot day in the saddle. 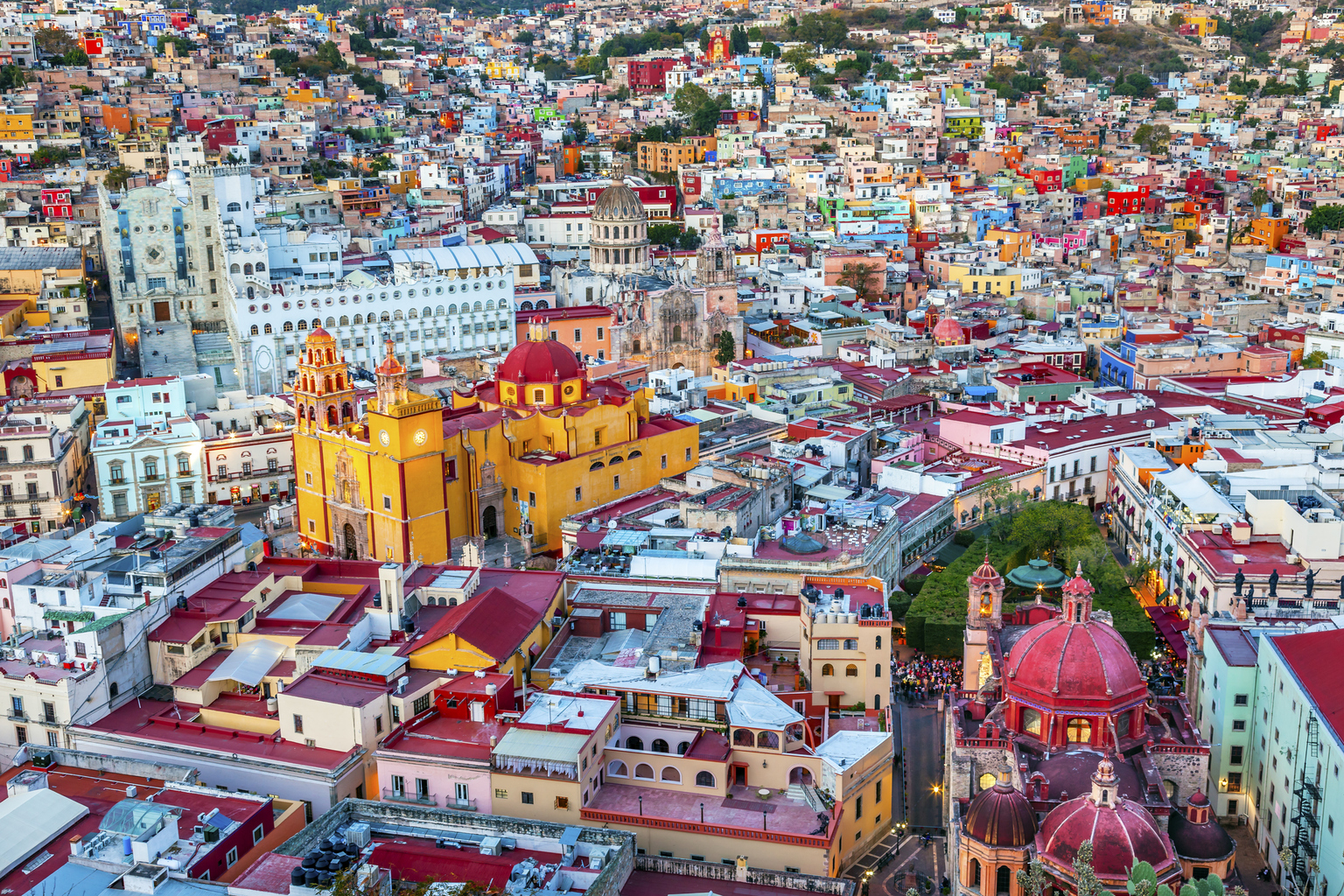 Nestled among the Central Mexican highlands are 2 of the country’s colonial masterpieces. The extraordinary Unesco World Heritage city of Guanajuato was founded in 1559. Its network of narrow streets, alleyways and tunnels is typified by the Callejón del Beso (Alley of the Kiss), so named because the balconies are close enough for a couple to reach across and kiss. Nearby San Miguel de Allende is known for its cobblestoned centre, baroque Spanish architecture, thriving arts scene and cultural festivals. After your visit you may wish to join the thousands of retired westerners who now call these towns home. 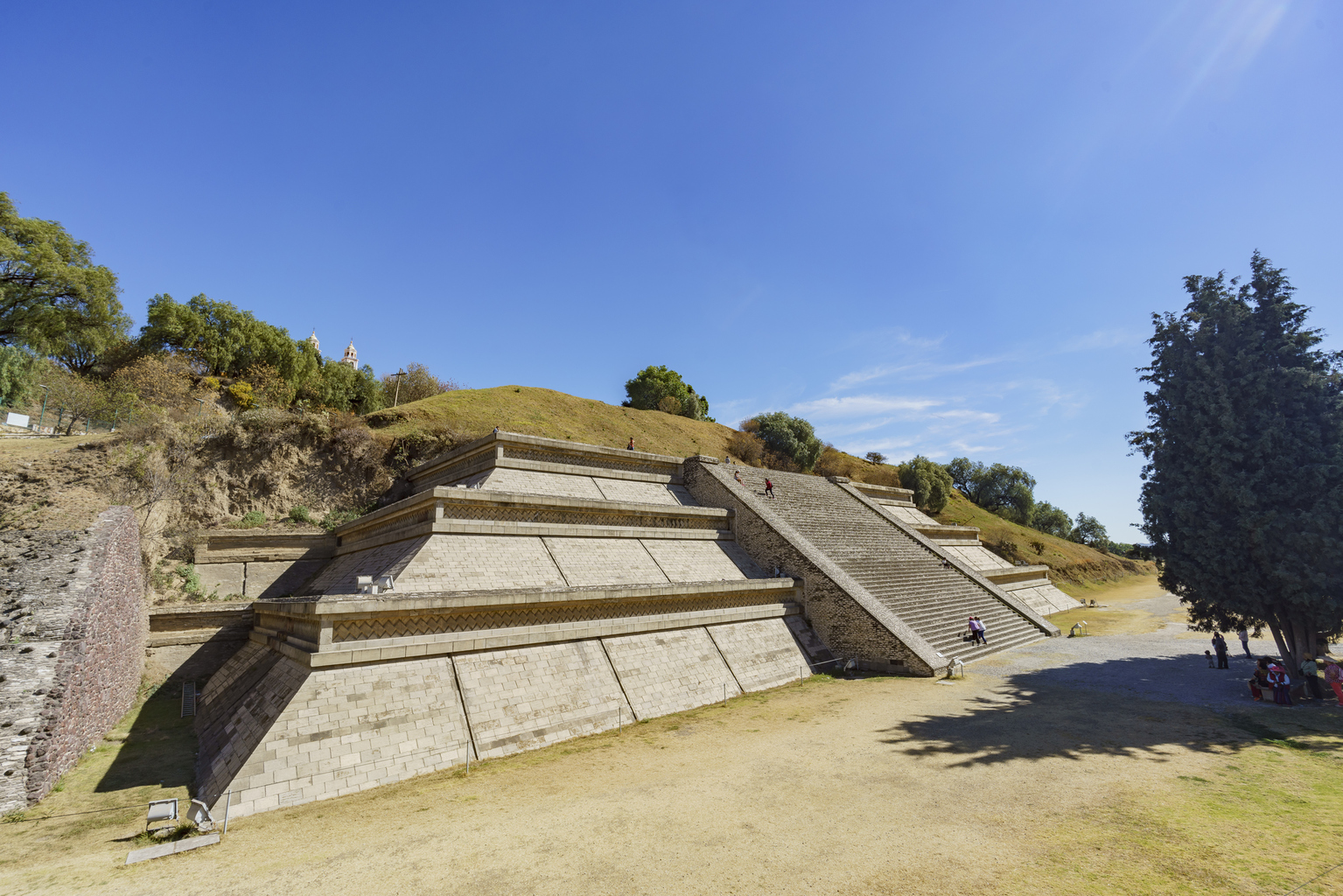 During the pre-hispanic era, southern Mexico was the home of many indigenous cultures, most famously the Maya Empire which reached its peak around the 6th century A.D., and the Aztec civilization which flourished from 1300 to 1521 when the Spanish conquistadors captured their capital at Tenochtitlan (modern day Mexico City). They left behind an astonishing amount of impressive architecture and symbolic artwork which you will discover first hand at such sites as the Aztecs’ Great Pyramid of Cholula, the Zapoteco settlement of Lambityeco, and the Mayan ruins at Bonampak. 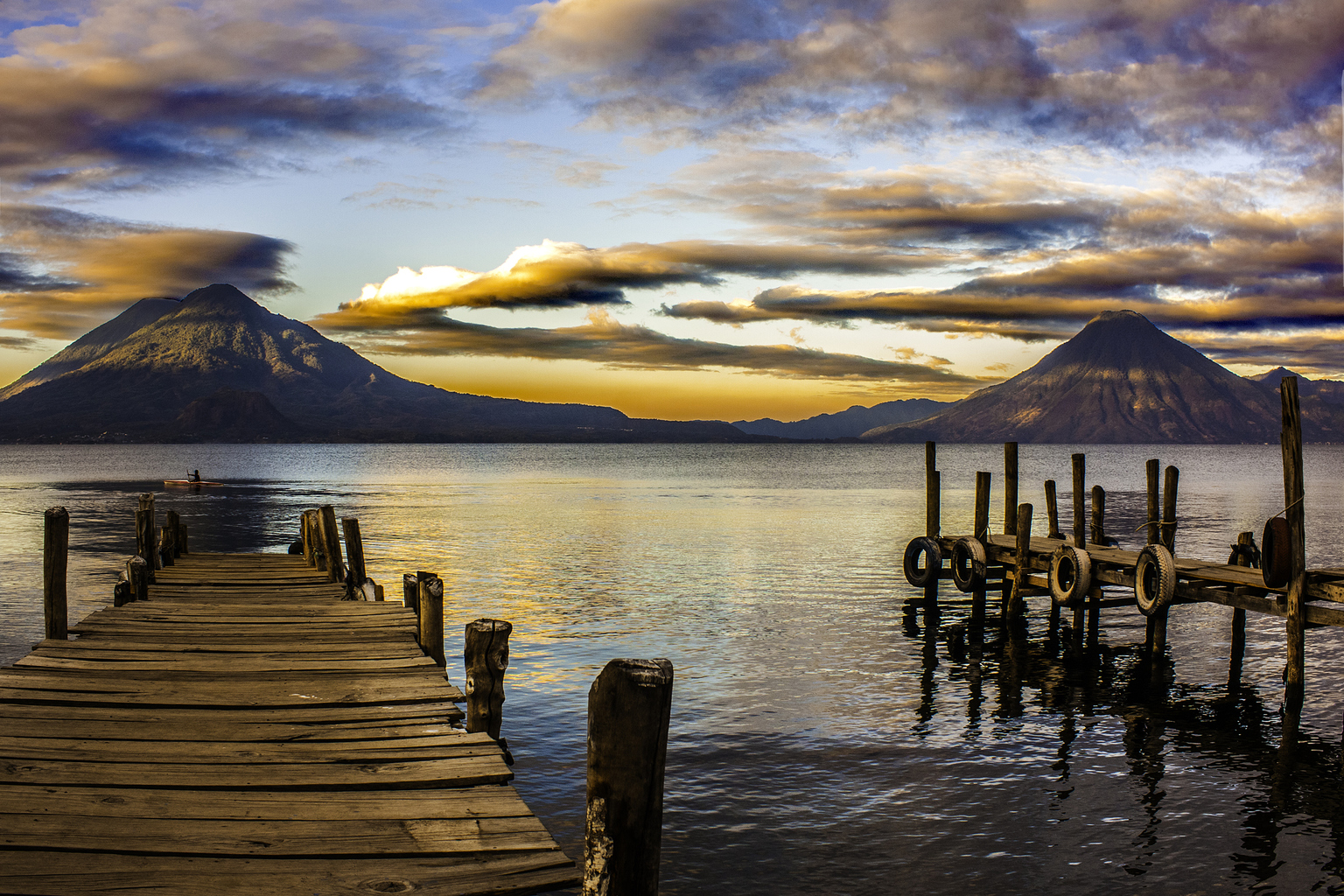 Now there are many beautiful places in the world. But in cycling through Guatemala, cyclists will discover what may be ‘the fairest of them all’ – Lake Atitlan. A sparkling lake, the deepest in Central America, Atitlan is surrounded by the San Pedro, Toliman & Atitlan volcanoes. German naturalist Alexander von Humboldt called it “the most beautiful lake in the world” while writer Aldous Huxley exclaimed that “it really is too much of a good thing”. Cycle down to the water from the surrounding heights and, after arming yourself with a frosty cerveza and some seafood, see if you don’t agree. 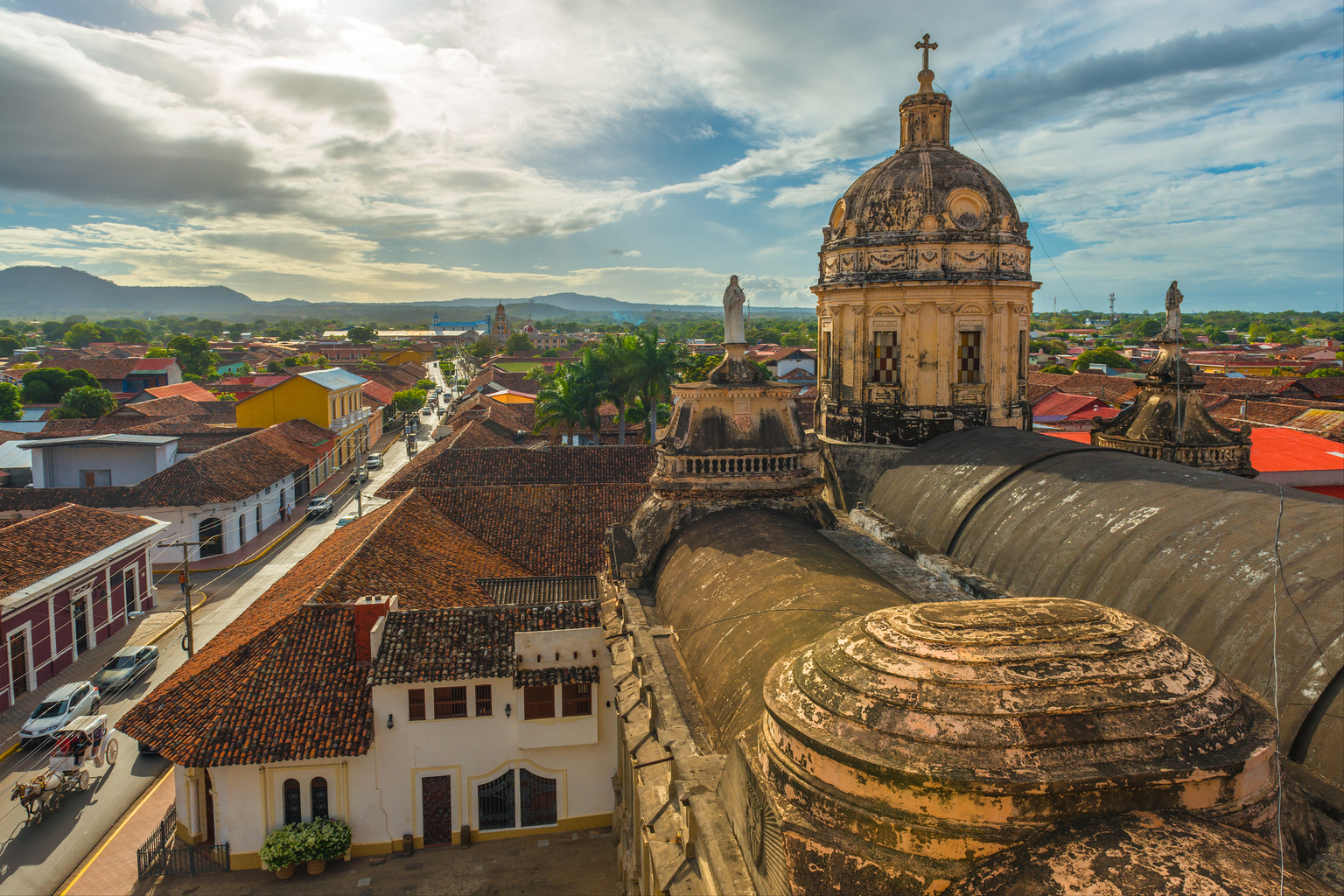 The spectacular colonial architecture of Nicaragua’s historic city of Granada is best enjoyed by riding your bicycle through the compact city centre. Churches, plazas, museums and outdoor bistros all feature in the city’s charm. Not to mention its picturesque location astride the shores of Lago Nicaragua. 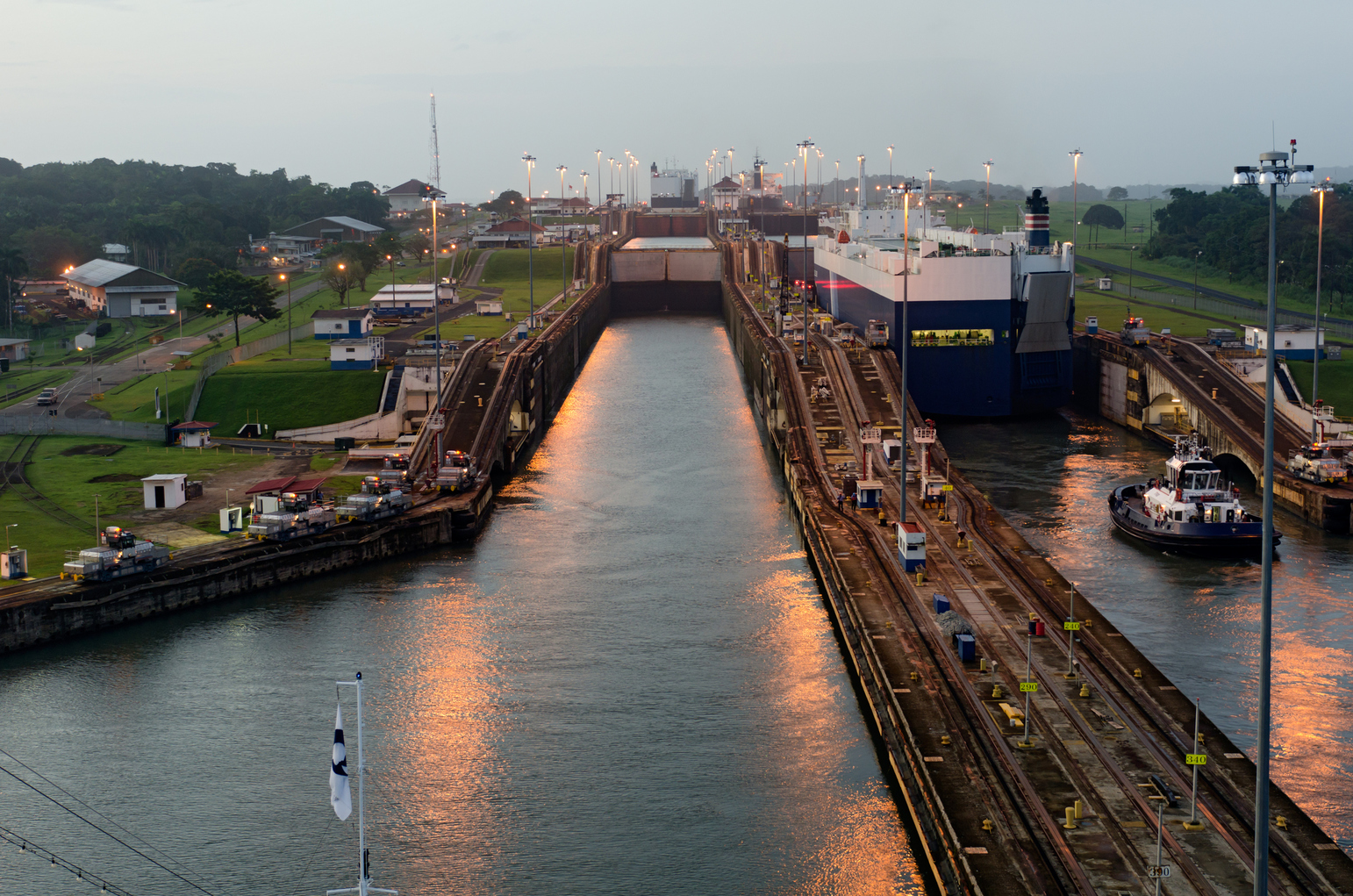 One of the biggest allures of TDAs epic tours is the chance to ride your bike across an entire continent, whether from top to bottom, longitudinally from east to west, or vice versa. Now imagine yourself spinning across the Panama Canal in the tropical humidity at the end of your trans-North American odyssey that began seemingly eons, but actually just a few months ago, high above the Arctic Circle. A group of intrepid souls won’t be able to resist this opportunity. The only question now is will you be one of them?

-Am Michael from Kenya. I can cycle from north america from top to bottom because I’ve done cycling for many years.
-for its easy because I’ve done exercise and for now am ready for any race
-for me I cannot get tired when riding because i am related in cycling
-I can make it because Ive grown up as a cyclist and I know the principles of cycling
-I have that potential and I really trust my self
-I can do my best in cycling because when my mind thinks on the finishing line,I must manage to get there
-I have that skill of racing in my blood and always as I start the beginning I must reach the end
-I know that I can succeede in the race of north America from the top to the bottom because for I can go at any distance whenever there is a finishing point
-I do trust my self in racing because at first I have a focus on where am heading on
-first I will follow the instruction and next take my potential on how I will manage in the race