On The Shores Of The Arctic Ocean: Pingos, Metallica & Muktuk

We last ran the North American Epic in 2015. It started in Anchorage, Alaska and finished in Mexico City, Mexico. It was a pretty epic ride – 10,000 km, 116 days & 3 countries. No need to change anything, right? Well, somehow we got word that the Canadian government was building a new road between the Arctic hamlet of Tuktoyaktuk and Inuvik, thereby connecting the rest of the North American road system with the shores of the Arctic Ocean. A lightbulb went off in our collective TDA hive mind and before you could say, let’s think this over, we had sketched out a new North American Epic route, one that would start in Tuktoyaktuk and continue south, all the way past Mexico City, to Panama City – 14,500 km, 165 days & 9 countries. 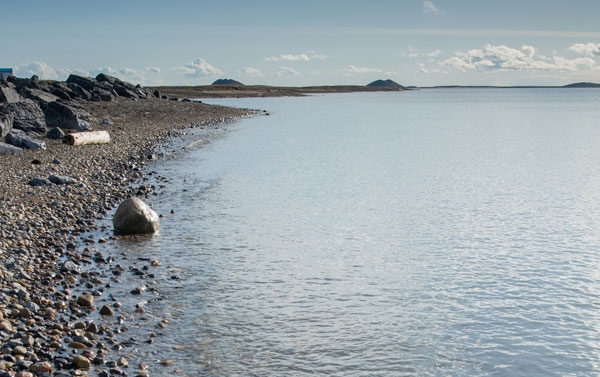 To us, as Canadians, one of the coolest things about the new route was the starting point in Tuktoyaktuk (commonly known as ‘Tuk’), a tiny village of about 900 people. The name translates as ‘resembling a caribou’. According to local legend, in ancient times a woman looked on as some caribou (Tuktu), common at the site, waded into the water and as a result turned into stone. Reefs resembling these petrified caribou are said to be still visible at low tide along the shore of the town. Our riders will have to check that out. They will have time. There is only 1 gas station and 2 food markets (just wait until you see the prices!) although the first sit-down restaurant, Tyson’s Burgers, opened last summer. You might think such a small town might not be that interesting but please, read on. 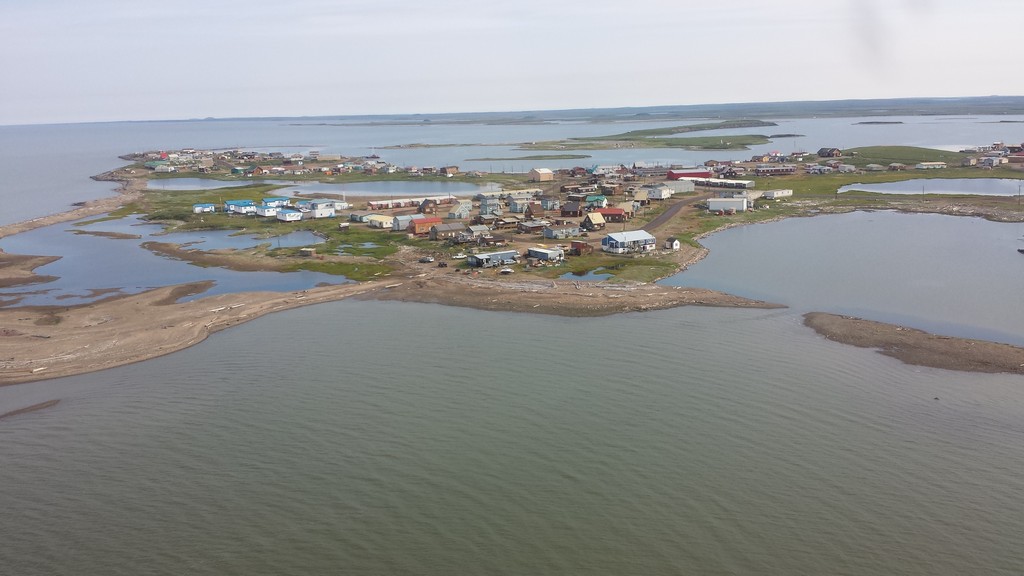 Tuktoyaktuk, set on Kugmallit Bay, was used for centuries by the Inuit to harvest Beluga whales and caribou. Its natural harbour, located conveniently near the Mackenzie River Delta and sheltered from the winds and waves of the Arctic Ocean, made it a perfect setting. Interestingly, the fact that it was situated so closely to the outflow of the MacKenzie (Canada’s longest river) meant that its people developed a permanent rather than nomadic culture. Driftwood floating down the MacKenzie gave the locals wood to build houses rather than igloos. It even influenced their diet as they were able to cook food.

Most of these whale-hunting Inuit died during epidemics that swept through the area in the early 1900’s. The diseases were brought by American whalers. However, in the 1930’s the Hudson Bay Company built a trading post there which attracted local Inuit to the area. Known at that time as Port Brabant, it was the first place in Canada to revert to its indigenous roots in 1950, reclaiming the name – Tuktoyaktuk. In the 1950’s, the town was an important staging point for DEW (Distant Early Warning Line), part of the North American missile defence system. The 1970’s briefly brought oil and gas exploration in the nearby Beaufort Sea during the Organization of Arab Petroleum Exporting Countries 1973 oil embargo and 1979 summertime fuel shortage and, indeed, that explains the large industrial buildings around the town. 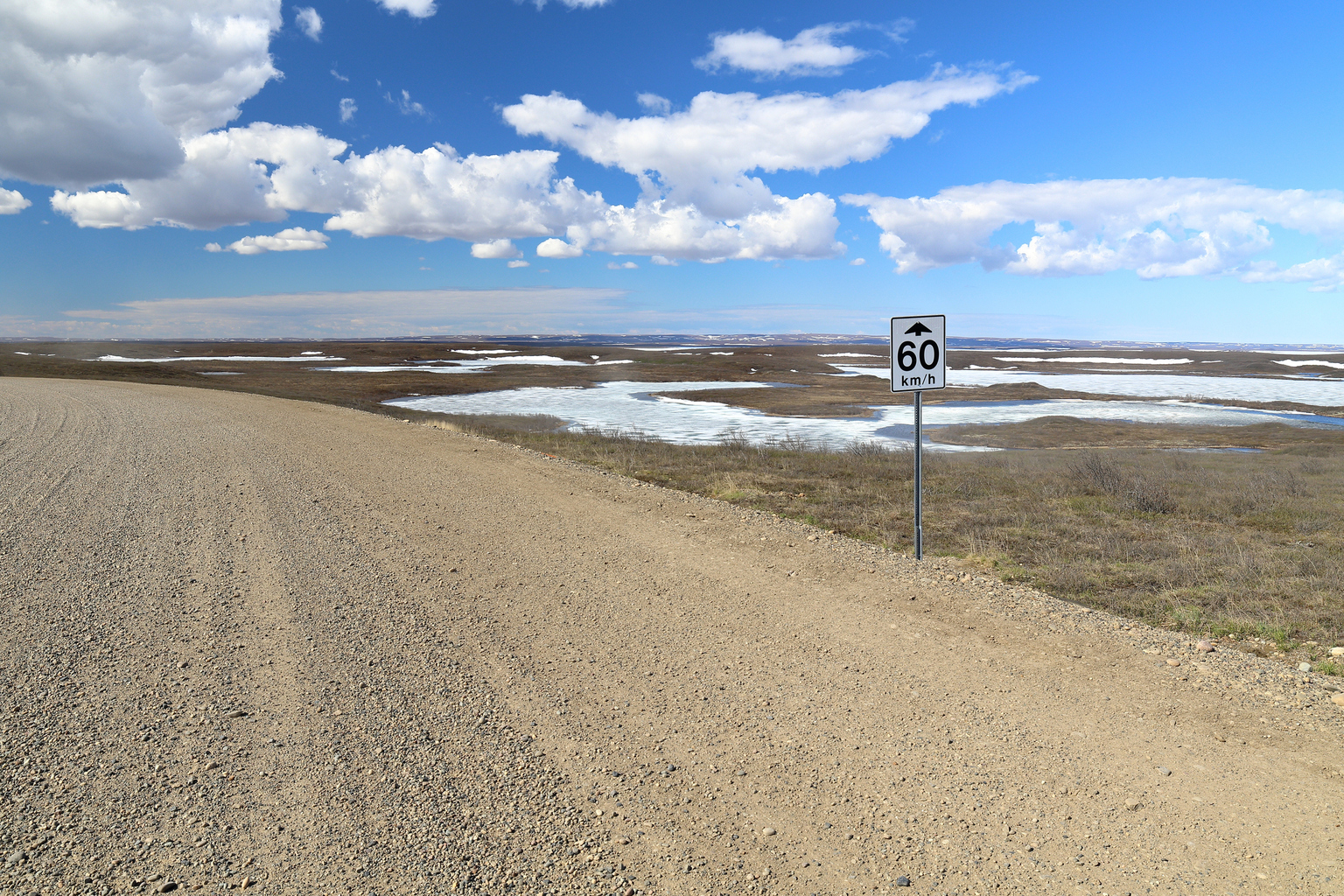 The completion of the all-season Inuvik – Tuktoyaktuk Highway (ITH) in November 2017 will likely have an even larger impact than these previous events. It makes it Canada’s only community on the Arctic Ocean to be connected by road to the rest of the country. Tourism, as illustrated by our own cycling adventure, will soon be a large presence in the community. The 137 km 2 lane gravel road took 3 1/2 years to build (that is 40 km/year) and cost over $300 million. It has to withstand temperatures from as low as -40C in the winter to +20C in the summer when the sun never sets. Unlike some remote roads like the virtually straight Eyre Highway that crosses the Nullarbor Plain in Australia, the ITH winds endlessly through a collection of brackish estuarine basins, locally known as the ‘Eskimo lakes’, requiring eight bridges and 359 culverts.

Things To Do in Tuk 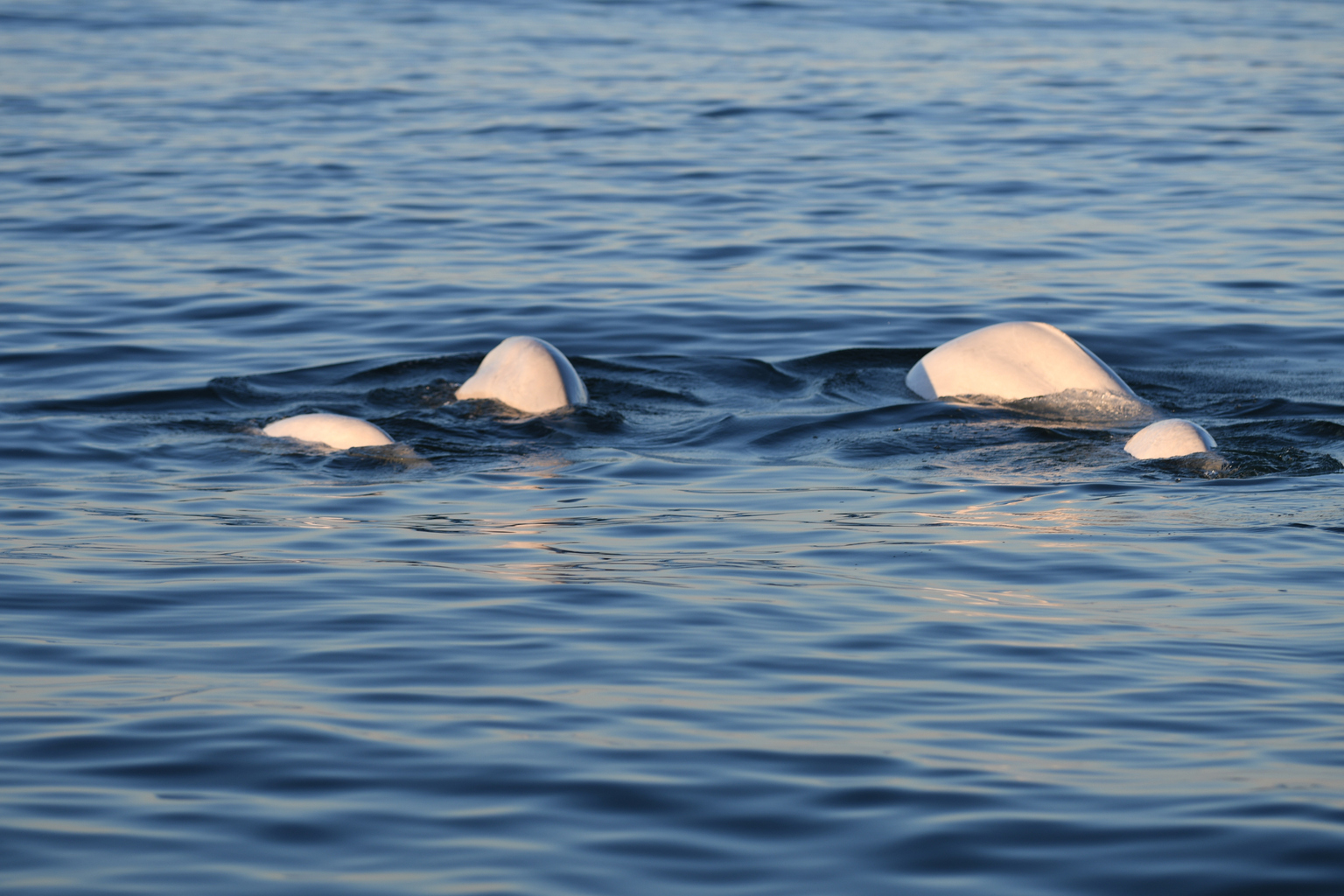 You may not have time to do all of these on your all too brief visit with the North American Epic but we know you’ll be back. 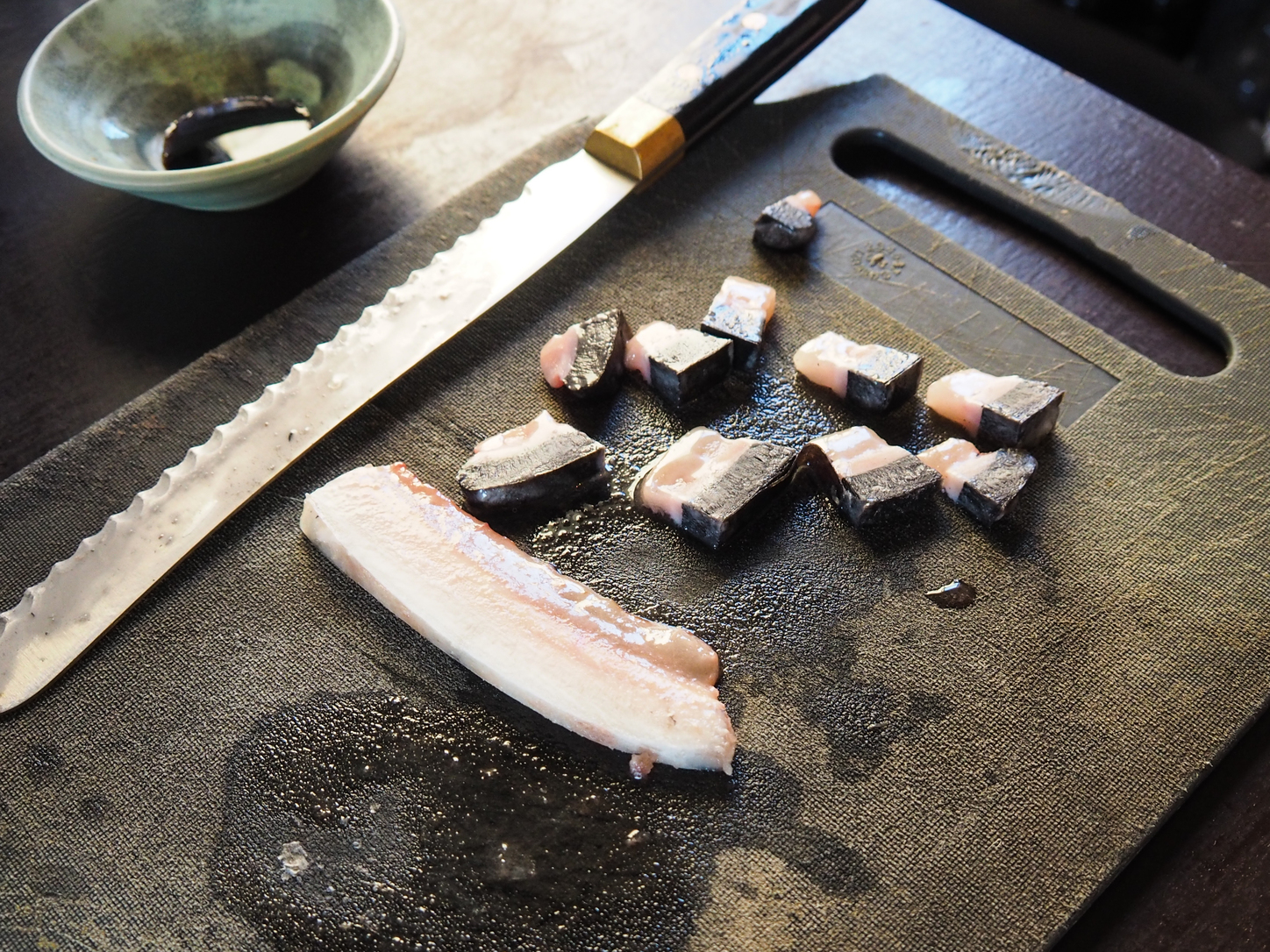 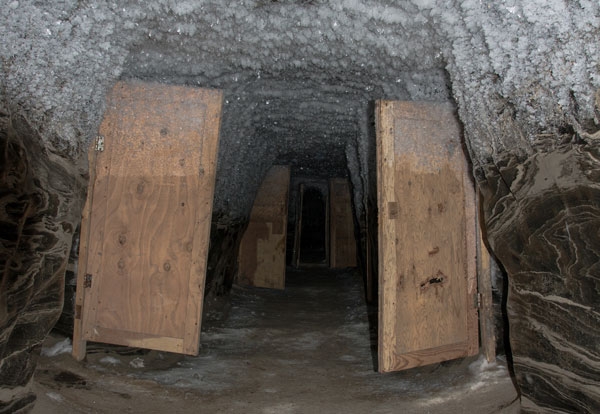 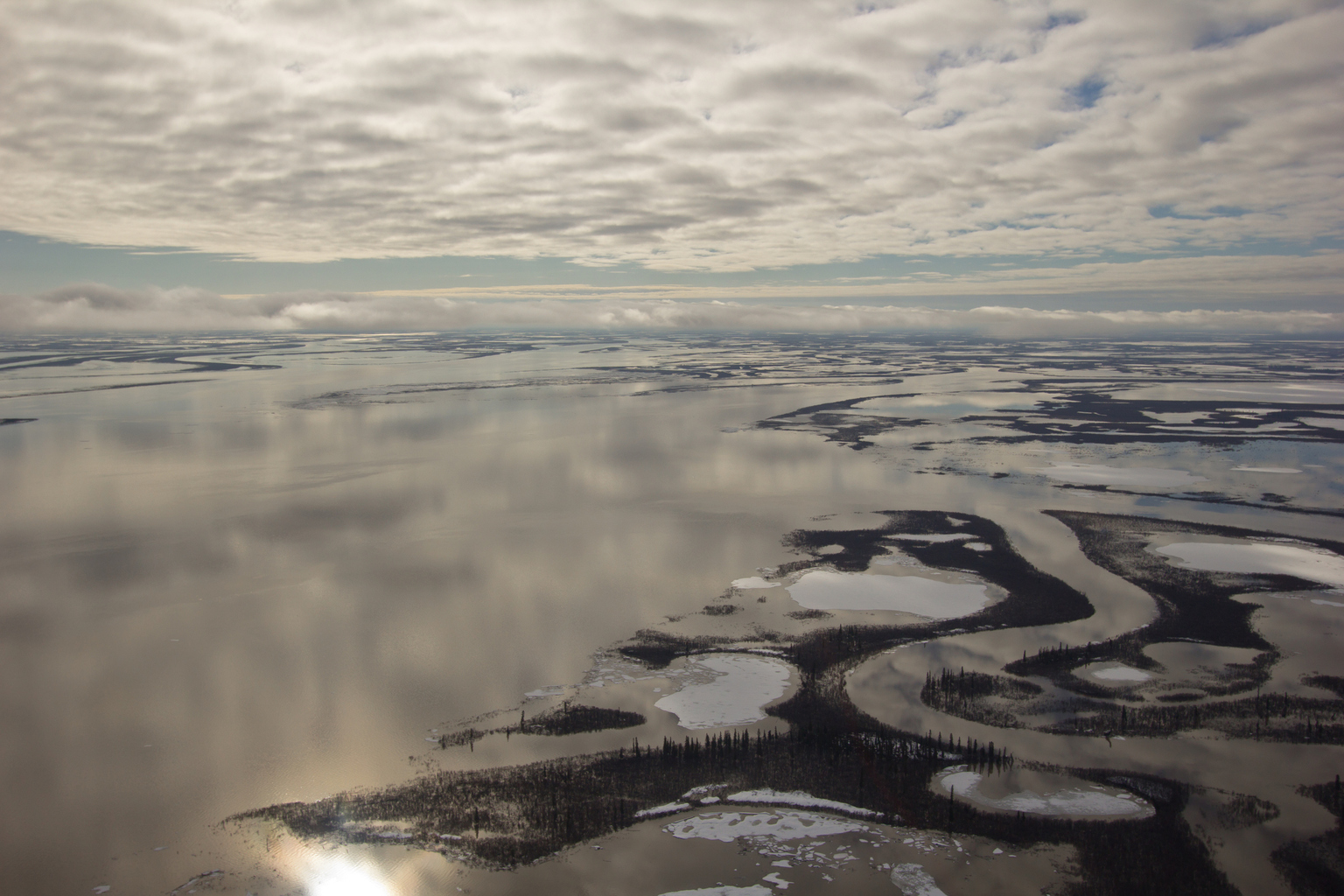 6 Comments for "On The Shores Of The Arctic Ocean: Pingos, Metallica & Muktuk"

I would love more info on this fantastic sounding cycling trip..Tuk to Panama! Dates, route and cost please. Would there be a support vehicle or would we carry all our own gear? Thanks, and I look forward to more info. Cheers!

great to hear Valerie!
All the dates, details, prices and descriptions can be found here. Make sure to click the Next/Last arrows to see the details of the different sections also… https://tdaglobalcycling.com/north-american-epic

Not overly important, but getting small facts correct is good for your reputation. I rode to Tuk this past summer, it was difficult, but immensely rewarding. Visiting with the locals made it worth the effort. My fact issue is that the village has 2 food markets, one is a chain that escapes me at present, and the other is more local (which was a treat). Additionally, not take issue with your story, but why carry on about the cost of food. From Watson Lake, to Dawson City, Inuvik, then Tuk, it was all sorta high, but am not sure it warrants mentioning one way or the other. The 900(?) ks of gravel is what really deserves mentioning. Good luck to those who undertake this endeavor.

Thanks for the well wishes Randy and for the corrections. I’ve updated the article to indicate 2 markets.

I stand to be corrected on this, but a fact confirmation might be in order of the “Ice Freezer” We toured it when in Tuk after cycling Whitehorse to Inuvik a few years back, and the photo is evocative. However, I have since heard that the freezer has been de-commissioned and no longer in use nor accessible.

Thanks. We’ll check that out!

Leave a Comment for "On The Shores Of The Arctic Ocean: Pingos, Metallica & Muktuk" Cancel reply