The Beers Of The Pub Ride: Little-known, Weird, Unexpected And, Occasionally, Appalling

In the past we have explored ‘The Beers of Africa‘ and followed that up with ‘Elephants, Tigers & Sheep Piss: A Cyclist’s Guide To The Beers of South East Asia‘. Whereas the countries of Africa and South East Asia generally have a restricted number of beers available, that is certainly not the case for the countries of the Pub Ride. For example, the United Kingdom has over 2,000 breweries and 55,000 pubs spoiling the country’s drinkers with over 11,000 beer selections!

Therefore we have decided to take a different approach and highlight some of the little-known, weird, unexpected and, occasionally, appalling aspects of the beers that are to be found along the route of the Pub Ride.

Allow us to clear up a couple myths about Ireland. The national emblem is not the leprechaun from Lucky Charms nor is it the Guinness logo. It’s a harp – “The Coat of Arms” which became the national symbol when Ireland was separated from the UK in 1922. Now there is, of course, a connection to the famous stout in that the official Irish harp, found on Irish passports, points the opposite direction to the harp on a Guinness glass. And while 10 million pints of Guinness are created every day at the Dublin brewery, Ireland only ranks third in the sales of the black stuff, behind Britain and, surprisingly, Nigeria. 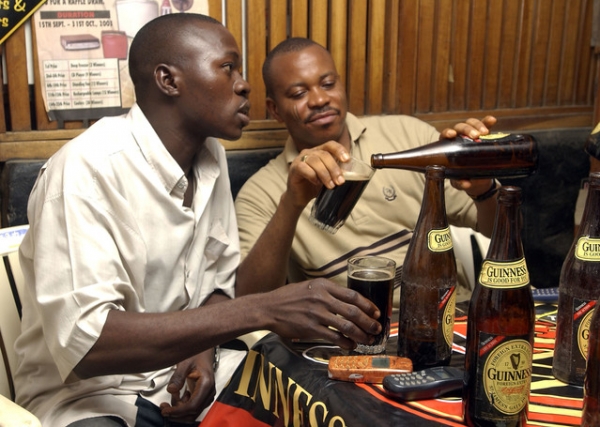 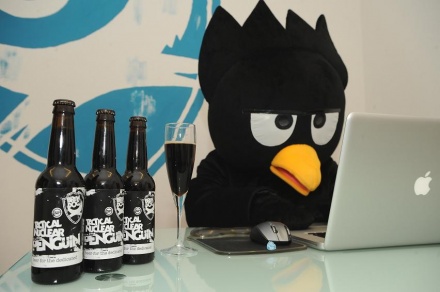 Scots might be know for a number of things – deep-fried everything, the man skirt known as the kilt and terrible weather amongst them but they also have a wicked sense of humour. Just check out the names they give to some of their beers.

Cairngorm Brewery in Aviemore puts out ‘Sheepshaggers Gold’, promoting it with the tag line, ‘The best beer baa none”. Their animal theme continues with the tasty ‘Ginger Rodent’ before offering up ‘Nessie’s Monster Mash’, suggesting ‘a glass or two is a must before seeking an audience with the monster.’

Other catchy beers include Oban Bay Brewery’s Kilt Lifter, Orkney Ales’ Skull Splitter and Brew Dog’s Dead Pony Club but the best of the bunch might be Brew Dog’s Tactical Nuclear Penguin. At an insane 32%, it is the world’s strongest beer. 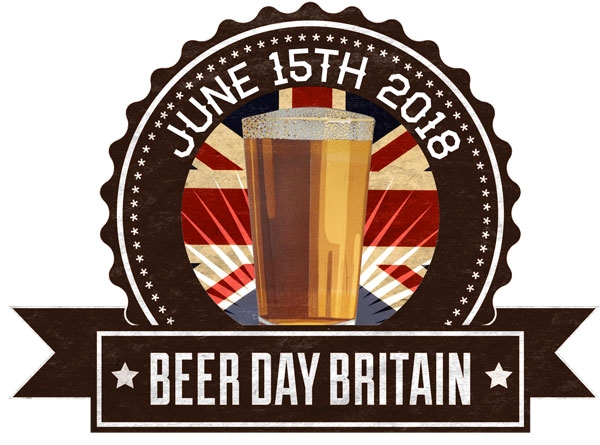 Well, here is a great idea! A National Beer Day. Hopefully it is a statutory holiday in Britain. The slogan is ‘Celebrating our Great National Drink’ and the stated purpose of the party is to encourage people to drink beer and join the national party! So why June 15th? Is there some significance to that date? The organizers helpfully point out that June 15th is important because “it is also the date that Magna Carta was sealed in 1215. Ale is mentioned in Magna Carta. Clause 35 of the great charter stated: ‘Let there be throughout our kingdom a single measure for wine and a single measure for ale and a single measure for corn, namely the London quarter’. Having the Magna Carta connection with Beer Day Britain makes people appreciate that for centuries ale has played a central role in this country.”

I am sure our Pub Ride riders will be only too happy to join in the celebration as both groups of riders will find themselves in-country on June 15th – Pub Ride 1 in Rochester and Pub Ride 2 in London.

>>Check out the details for the 2018 Pub Ride Cycling Expedition 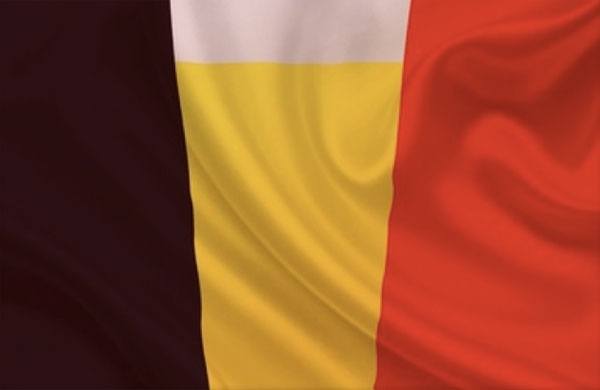 Everyone is proud of their nation’s flag but Belgian beer drinkers are especially proud of this version created by the Belgian Brewers’ Association. The National Beer flag is the same as the Belgian flag, except that the top part of the yellow colour in the middle of the flag is white, so as to look like a beer with a foamy head. We’ll take our hats off to that. 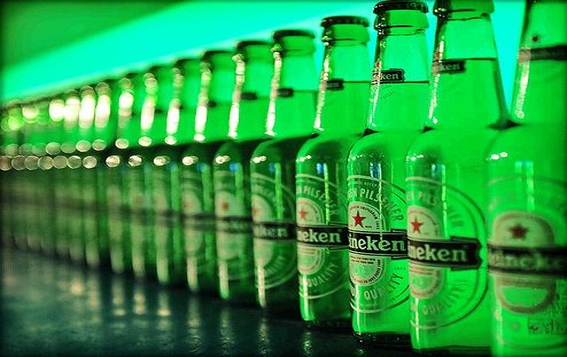 Heineken beer is certainly one of the Netherland’s most famous exports and a visit to the brewery in Amsterdam is high on most visitor’s lists. While you can be sure that the brew you taste there is the real thing apparently that is not the case at other pubs and bars in the city. Several years ago the company discovered that much of the beer sold in pubs as Heineken is, in fact, not Heineken at all. By secretly letting unbranded beer flow through their Heineken taps restaurant- and pub owners save 25 to 50 Euro per barrel — on top of the extra income derived from selling inferior beer at premium prices. Heineken brewery investigators catch some fifty swindlers a year but insiders in the drinks trade estimate that some 60 percent of the hospitality businesses are involved in the deception. 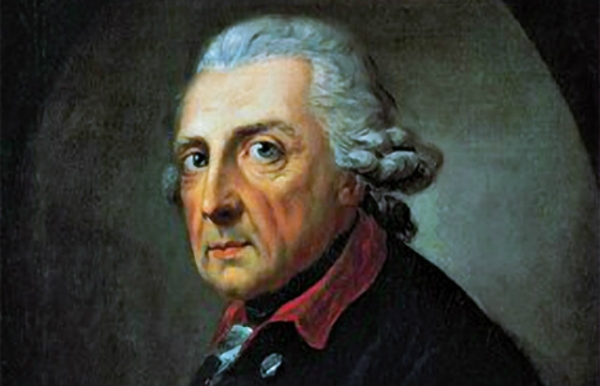 The Germans have a long love affair with beer. It boasts the world’s oldest still-functioning brewery, the Weihenstephan monastery in Bavaria, which started brewing in 1040. Of course, they passed the 1516 Reinheitsgebot (beer purity law) that decreed that only hops, barley, yeast and water can be used to brew beer. Incredibly, in 1777, Frederick the Great banned coffee, stating “It is disgusting to notice the increase in the quantity of coffee used by my subjects… My people must drink beer. His Majesty was brought up on beer, and so were his ancestors.” Well said, sir. That is the kind of leadership we are sorely missing these days. 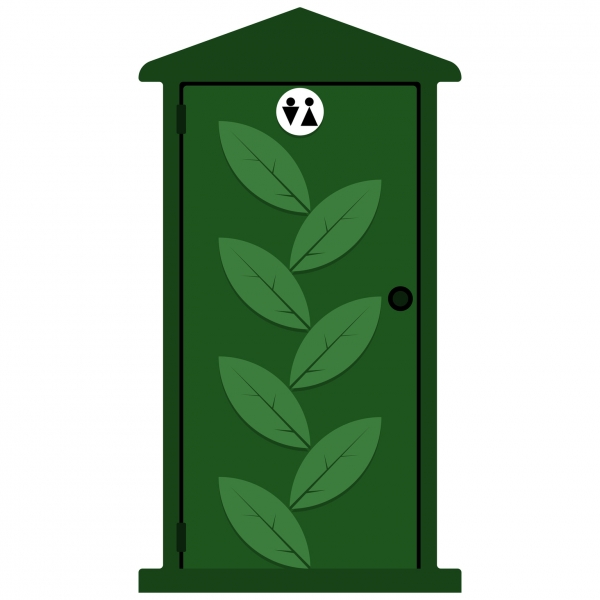 We all know that the Scandinavian countries are environmental leaders when it comes to recycling and a Danish brewery has taken this to its logical conclusion by creating a beer, Pis Pils, made with 50,000 litres of urine collected from a music festival. Sounds crazy but it was produced from fields of malting barley fertilized with human urine rather than traditional animal manure or factory-made plant nutrients. The 50,000 litres collected from the music festival resulted in enough malting barley to brew around 60,000 bottles of the beer. The company calls the concept ‘from sewer to brewer’.

I can’t wait for the rider reviews of this particular beer!

1 Comment for "The Beers Of The Pub Ride: Little-known, Weird, Unexpected And, Occasionally, Appalling"

We who have lived in Nigeria prefer to use World Cup rules when it comes to deciding which nation drinks the most Guinness. In the World Cup, England and Scotland (and the much smaller markets of Wales and Northern Ireland) compete as separate teams. When viewed from this perspective, Nigeria consumes more Guinness than any other nation. (Divide and conquer!) Nigerians also drink several other dark beers.

Leave a Comment for "The Beers Of The Pub Ride: Little-known, Weird, Unexpected And, Occasionally, Appalling" Cancel reply