Is Colombia Safe for Cycling?

After inquiring with our Operations Manager, our South American Epic tour leader, the Ambassador for Colombia in Canada, and a Colombia based cyclist/filmmaker the answer to the question is an enthusiastic YES!, followed by a more measured but it will be tough. That is about the simplest way to sum up cycling in Colombia. But let me elaborate a bit.

You have likely heard of world class cyclists like Nairo Quintana, and you might have seen a video or read some stories of people cycling through Colombia – either  solo or on organized tours (such as our South American Epic) but what is it really like as a cyclist? Is the traffic terrible? Are you going to be kidnapped or robbed by drug cartels or FARC rebels?

>>Learn more about cycling through Colombia on the South American Epic

I have been fortunate enough to ride my bike in many places. Cycle touring through Romania, Ethiopia, Bolivia, Kyrgyzstan and beyond has taught me that very few places are what you expect them to be. I have travelled to Colombia but never on a bike, so I thought I’d ask around and get some further insight about cycling in Colombia by people who really know. I am sure many of you would love to hear what they have to say about cycling in Colombia. 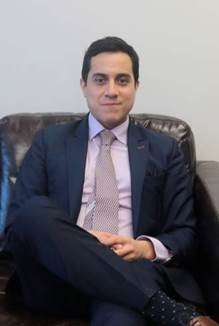 Through the friendly Colombia Tourism team at ProColombia here in Canada I was able to pose a few questions to the Colombian Ambassador to Canada, the Honourable Federico Hoyos. He says that “21st century Colombia is a young and vibrant country.” More in his words…

Tourism in Colombia is steadily increasing year after year, due to a change of image and outside perception of our country. Colombia is an innovative and modern place…added to the fact of stability and security.

Colombia is very well-known for having some of the best cyclists in the world like Rigoberto Urán, Cochise Rodriguez and Nairo Quintana! Due to our beautiful topography, to our mountains, to our very steep slopes, Colombia is a great country for cyclists worldwide. It is going to be tough, it’s going to be exciting, but it is also going to be beautiful because you’re going to see everything: you can see the mountains,the beaches… deserts… in one single country.

Besides, you will sense the warmth of our people who will welcome you with open arms, and you will also get a taste of our food along our roads, which changes from one region to another. And we have great weather too, all year long. It is nice, warm and stable, which of course also contributes to making Colombia a great cycling destination.

Thank you to Mr. Hoyos for taking time out of what is surely a busy schedule to help us with this article. 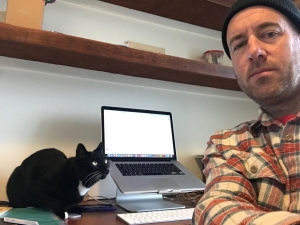 In Colombia, drivers are both used to cyclists, and also tend to go out of their way to give cyclists their deserved space on the road, and that is a great advantage for safe cycling.

From TDA’s experience bringing groups of cyclists to Colombia, and information from local Colombian sources, the security situation on the ground is stable in the vast majority of regions of the country. So it’s good to do some research when planning a route in Colombia. It’s also good to stick to a few good practices that are best followed anywhere in the world.

Miles’ Tips for Cyclists on Staying Safe in Colombia

You Have to Surrender Yourself to Colombia Says Gregg Bleakney

Gregg cycled the Americas (North and South!) in 2006 and planted roots in Colombia where he runs his film production company, WhereNext. As he says “Colombia is the holy grail of both storytelling and travel.” His most recent project is The Birders – in search of rare endemic birds of Colombia. He also created this video for us: Why cycle South America – all shot in Colombia.

Just over a decade ago, most of Colombia’s spectacular landscapes were completely off limits… and unthinkable on a bicycle

Just over a decade ago, most of Colombia’s spectacular landscapes were completely off limits to road tripping in a car, and unthinkable on a bicycle. It’s so great to see the guys in our office, most of whom are cyclists, planning and plotting multi-day routes during their lunch break. Most of the time they are traveling on roads that have never been mapped on Strava. It’s truly a period of discovery.

Nothing in Colombia is easy. It’s a place where joy on two wheels is commonplace–but you’ve got to work for it. The more you surrender yourself to Colombia, the more the country will tow you in its wake of joy. My advice is to be like my adopted Colombian street dog, sniff around, talk to strangers, get carnal. Use your time in Colombia to indulge your curiosity.

Cristiano Shares Some Words of Caution About This Friendly Nation 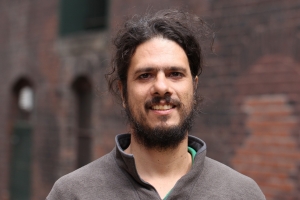 Having been the tour leader for our various tours in South America over the last decade and having cycled throughout South America himself, who better to finish this off than someone with on-the-ground experience.

More and more international cyclists have been visiting Colombia, whether touring, racing or just attracted by world famous climbs like Paso Letras, which we take on the [South American Epic]

As long as you know where you are going [and avoid known narco guerilla areas] I consider it pretty safe. Having said that, in 2022 there are presidential elections and things could eventually take some kind of a U-turn, [or] improve even more. In my opinion, if you want to cycle in Colombia, now is a great time to do so.

There was a slogan from the government a few years ago that said: ‘Colombia, the only risk is wanting to stay’… the main risk of cycling in Colombia is the same as cycling on any shared road anywhere in the world, motorized vehicles. Also, the ups and downs can be really long and really steep, so it is easy to gain a lot of speed on the downhills.

There is no other country in Latin America with anywhere near the amount of cyclists as in Colombia. I’m not talking only commuters and rural cyclists, I’m talking also about athletes. So in general drivers know how to behave when there are cyclists on the road, when they are not cyclists themselves.

People are extremely friendly! I do not remember one aggressive encounter there ever! People are always smiling. If travelling alone, you will always be invited into people’s houses etc.

My Final Thoughts on our Travel Misconceptions

So in conclusion, yes it is safe. And yes, there is many a hill to climb in Colombia. That is the one point everyone – including the Ambassador – all agreed on, so make sure you do some training.

When we haven’t been somewhere ourselves, we have no choice but to base our impressions of a place on a small fraction of reality, and a large amount of assumption. So check yourself and make sure it’s real risk and not just fear holding you back. This is certainly not the first time we’ve written on these topics of perception and risk.

That’s not to say there aren’t risks – there are. You need to educate yourself, and be cautious and clear eyed about any travel to a new place where cultures and customs are different than what you are used to. Use some of Miles’ tips above and once you have done that, take it all in. Pedal hard. Breathe deeply as you experience all that Colombia has to offer.

4 Comments for "Is Colombia Safe for Cycling?"

There are dangerous spots, not due to guerrilla, but for bike theft, specially among the big cities, well known touristic places like flandes. Thieves will even murder you if yo resist.

On throad riding, we colombian as car or motorbike drivers often do not like to share the road and we see cyclist as an obstacle on thje road, some of the drivers even do not care about the cyclist and they just drive in front of whitout any remorse.

On the other hand people are often friendly “specially” with foreigners, which we often call them “GRINGOS”, they are wellcome to almost every humble home, not the wealthy owners, because they feel like living on another world.

Bike riding is mostly safe if you pay atentiopn to that I was telling you above.

It is safer to ride in abunch than alone, I can assure you if you travel alone there is a big chance to become a victim.

When I was riding my mtb for the very first time there was an attemp to stole my bike by a group of tenagers in bmx bikes. One of them even rode in the wrong way against the cars and jump into my bike trying to make me fall, but I read the situation and stand up, few time next the boy falls on purpose so the others posed to help him whit the sole purpose that I will fight against them in order to one of them to stole my bike, I interpreted the signals and then I rode far away, so they couln’t stole my bike. This happenned 5 blocks from home. Now I’m afraid to ride my bike in total confidence

We just finished riding Alaska to Argentina. We rode the length of Colombia without issues. We heard stories but met lots of nice folks and were happy to discover that all the pros noted above really have raised cycling awareness. Neither my wife nor myself look anything like Nario but not a day passed with a kid somewhere yelling out Nario as we rode by..

Keep your wits about you in big cities. Don’t do things that would put you at risk. Avoid all the things that you think would get you in trouble and you’ll be fine.
Dave and Nancy
leavewithoutpay@gmail.com

Thanks Dave and Nancy!
Glad you enjoyed the blog. Sounds like quite a tour you had.

I am presently in Colombia for my 4th winter here,.I stay for 3 months and usually ride about 2500kms each winter. I have spent most of my time in Cali and Santa Marta and also Medellin area and San Andres. The cycling is fine, weather great, good food etc. I have never felt threatened and usually ride alone. I ride a nice comotion bike with a crappy paint job so my bike looks cheap. ( no dar Un papaya!) In the cities there are thousands of cyclists in early morning and weekends if you feel like having company for security. Just be aware that cars are NOT going to give you lots of space but I have never encountered road rage or aggressive drivers like in the USA.

Leave a Comment for "Is Colombia Safe for Cycling?" Cancel reply